Gabrielle Union rips Trump and Kellyanne Conway: 'I once looked into his heart. It grabbed my butt' 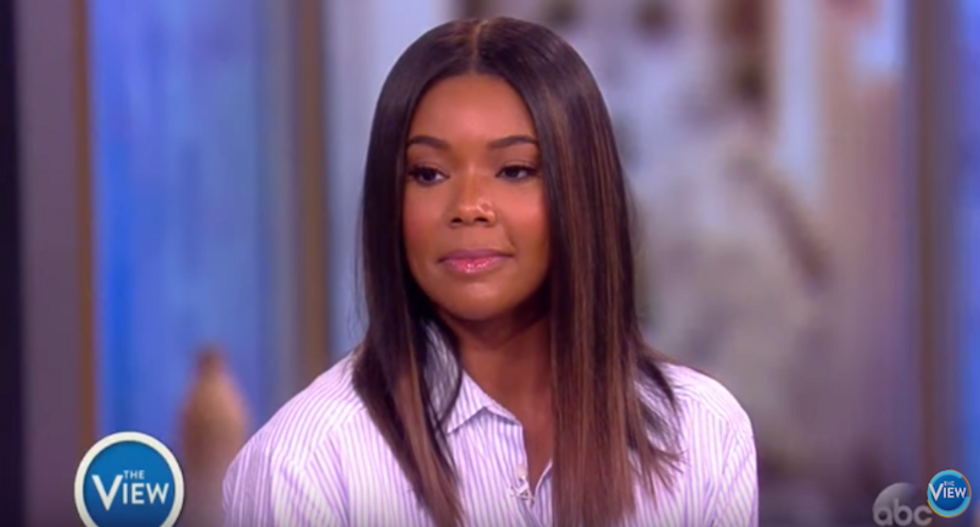 Actress Gabrielle Union joined the cast of the View on Tuesday morning where they discussed Meryl Streep's Golden Globes speech and the backlash she received from the president-elect.

The actress was referring to a tweet Trump shared on Monday morning in which he called Streep a "Hillary flunky" before denying that he had ever mocked New York Times reporter Serge Kovaleski. "For the 100th time, I never 'mocked' a disabled reporter (would never do that)," he wrote.

"Somebody had their panties in a bunch," Union continued, "because he openly mocked a disabled reporter and it was captured on video."

Host Joy Behar commented on how Streep has faced backlash from people for using her celebrity status to make her point, telling her to "stick to what she knows." Union pointed to Trump, who she said is also an entertainer. "Honey, you're a reality show. If you got a publicist and you care about the ratings of the Apprentice, you're in entertainment. So, you're one of us, honey."

Behar then recounted Trump campaign manager Kellyanne Conway's defense of Trump that we should "look into his heart" rather than listen to his words. "I once looked into his heart," Union said. "It grabbed my butt."