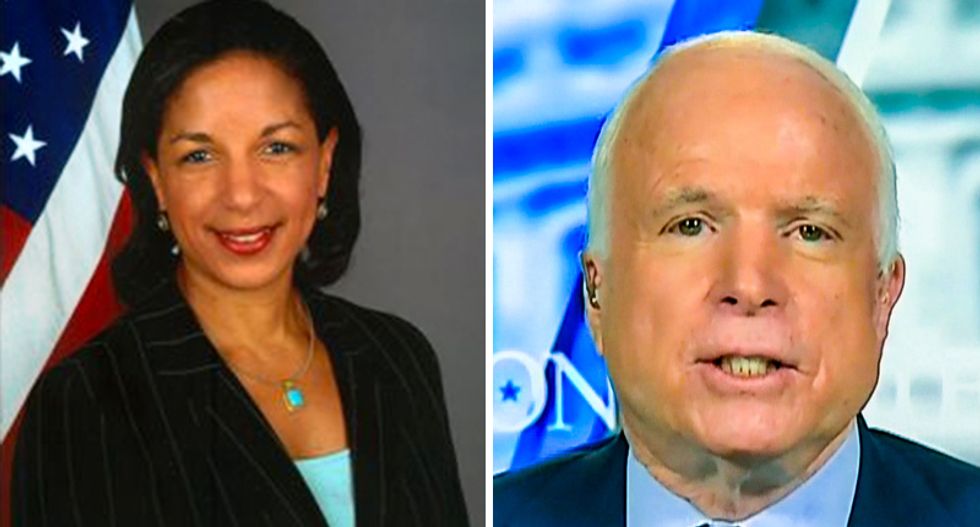 On Saturday, Pres. Donald Trump announced that the Chairman of the Joint Chiefs and the national director of intelligence will no longer be included in all meetings of the National Security Council (NSC)'s principals committee. However, the president's order said, former Breitbart.com CEO Stephen K. Bannon will be attending every meeting alongside the Secretary of State, the Secretary of Defense and some of the highest ranking officers in the nation's security and intelligence services.

"Chairman of Joint Chiefs and DNI treated as afterthoughts in Cabinet level principals meetings. And where is CIA?? Cut out of everything?" wrote former United Nations Ambassador Susan Rice on Sunday, according to the New York Daily News.

"This is stone cold crazy," Rice continued. "After a week of crazy. Who needs military advice or intel to make policy on ISIL, Syria, Afghanistan, DPRK?"

"Trump loves and trusts the military so much he just kicked them out of the National Security Council and put a Nazi in their place," she said.

Press Secretary Sean Spicer responded by complaining about Rice's tone, which he said was "clearly inappropriate language from a former ambassador."

The questioning wasn't only from the opposite side of the aisle, however. Sen. John McCain (R-AZ) said he's concerned about the reorganization.

I never sat on NSC principals comm. I sat on sidelines as observer on some issues 2 gain an understanding of decisions. Bannon's new ground.
— David Axelrod (@David Axelrod) 1485729146.0

Former vice presidential candidate Sen. Tim Kaine said on Sunday that the NSC now "sadly has some really questionable people on it," including Bannon.

Republican former Defense Sec. Robert Gates said that Trump's reshuffle of the NSC is a "big mistake," although he is more concerned, he said, about the removal of the Joint Chiefs chairman and director of intelligence that the addition of Bannon.

"(A)dding people...never really bothers me," he told ABC's This Week on Sunday. The removal of key officials, he said, is his "biggest concern."