'I was stunned by the business': Fast food CEO says profits soared after minimum wage hike 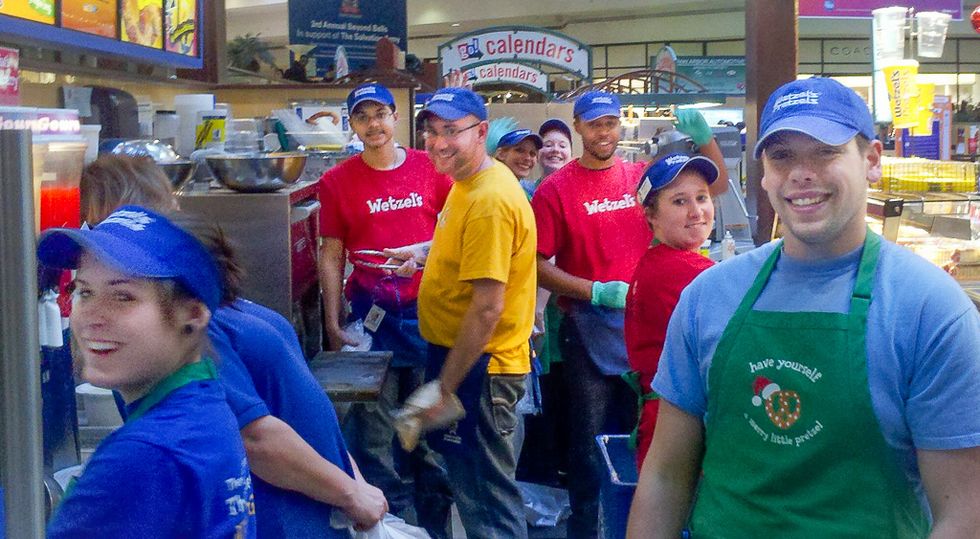 Employees at a Wetzel’s Pretzels location in Michigan (Facebook)

The CEO of a popular fast food chain said this week that he was "stunned" to see profits soar each time California passed minimum wage increases.

In an interview with KQED on Tuesday, Wetzel’s Pretzels CEO Bill Phelps admitted that his investors were worried about how a 2014 wage hike would impact the business.

“Like most business people I was concerned about it,” Phelps said.

For years, opponents of minimum wage increases have argued that wage hikes mean fewer jobs because businesses have to raise prices and cut hours to cover the additional expenses. But Phelps said that his sales skyrocketed after a California law forced businesses to raise wages in 2014.

“I was shocked,” Phelps recalled. “I was stunned by the business.”

The same thing happened earlier this year when California raised the minimum wage to $10.50 per hour, Phelps said.

Mike Jacobs, owner of a Wetzel’s Pretzels franchise in Concord’s Sunvalley Shopping Center, told KQED that the increased business can be attributed to the fact that his customers are making more money.

“My overall sales were something like 15 percent ahead after the first minimum wage bump, and now they’re about 12 percent ahead this year,” Jacobs explained. “It isn’t because I’m such a great manager or smart guy, but the buying public has more money in their pocket.”

Listen to the interview below from KQED.