Jason Chaffetz promises to pursue investigation into Hillary Clinton's emails: It's 'not going away' 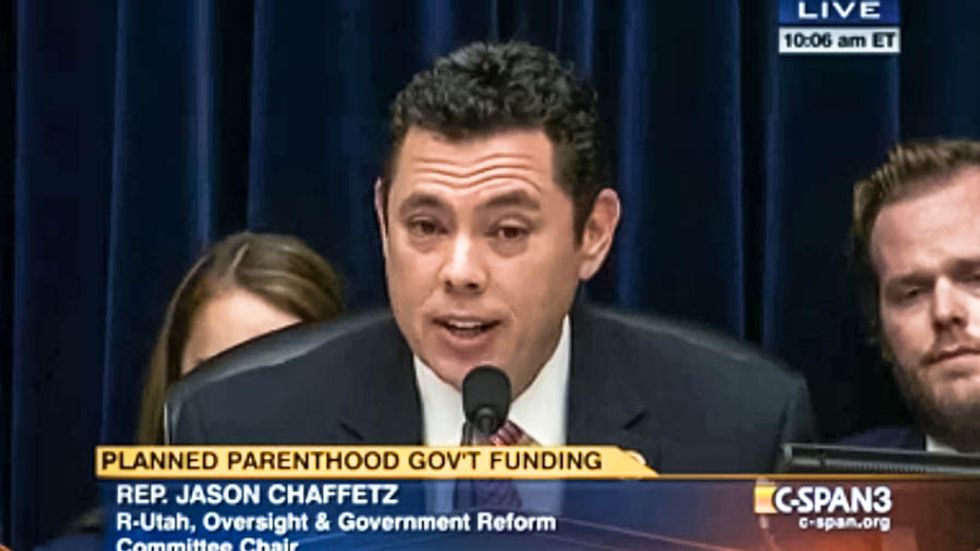 House Oversight Committee Chairman Jason Chaffetz on Monday said he intends to continue the investigation into Hillary Clinton’s use of a private email server while Secretary of State, insisting, “just because there was a political election doesn't mean it goes away.”

Chaffetz told CNN Clinton’s use of classified emails is "the largest breach of security in the history of the State Department,” despite the FBI’s recommendation not to press charges against the former Democratic candidate.

Donald Trump made prosecuting Clinton a pilar of his campaign, entertaining calls by his supporters to “lock her up” and at one point dubiously insisting he would instruct his Attorney General to “get a special prosecutor to look into [her] situation.”

Following his election, Trump backed off his promise to put Clinton in jail, insisting the former Secretary of State has already "suffered greatly” and prosecuting her is "just not something I feel very strongly about."

But Chaffetz promised he would continue to push the investigation in to Clinton’s email use, though he insisted his “job is not to be a cheerleader for” Trump.

"I will not shy away from taking a look," Chaffetz said of investigating the Trump administration, later adding perhaps some of the laws regarding potential conflicts of interest for the president-elect “should be tightened up.”

Still, despite his insistence that he won’t back down from challenging the Trump administration, he called Democrats’ concerns over Trump’s sprawling business interests ”premature at best."