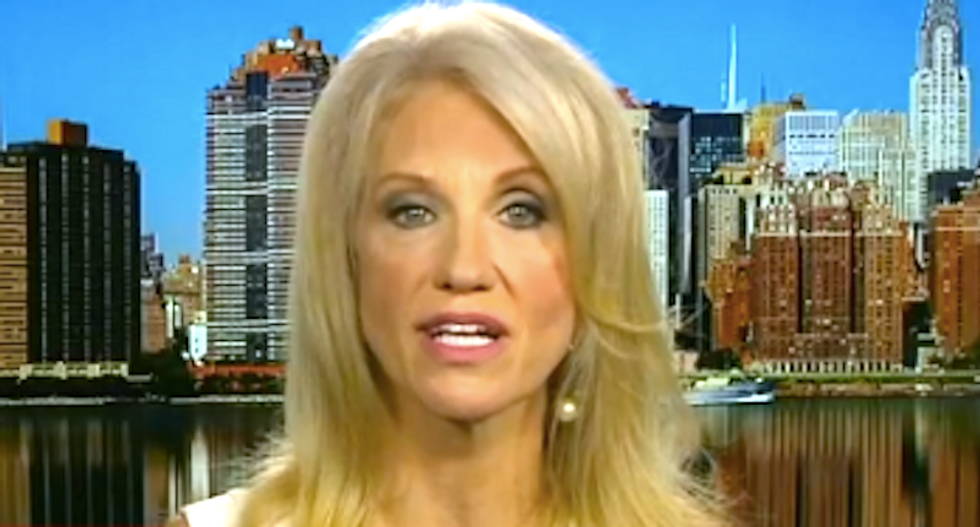 Donald Trump had a hard time fundraising while running for president, but he's also having a rough time raising money for the transition team.

According to a WVFO report, Kellyanne Conway is scheduled to speak at a $5,000-per-person fundraiser in Buffalo, New York this week to raise money. Presidential transitions are partially funded by taxpayer dollars, but mostly funds come in from major donors seeking face time with the incoming president and to rub elbows with celebrities at the inauguration. That's proving difficult for Trump, however.

“Mr. Trump held a fundraiser down in New York City a few weeks back and did raise some money, but they have, I would use the word, ‘struggled’ to raise the private funds needed to pay these individuals who are working on behalf of the taxpayers but not being paid by the government,” Rep. Chris Collins (R-NY) said. Collins has been one of the few Republican leaders to support Trump from the early days of his campaign.

Political money from the campaign can't be used for the transition and presidents-elect can give their own money, but few have ever been forced to do so.

The Democratic county chair for Erie County mocked the event and Trump himself for pulling back on his campaign promises.

"He hasn’t even taken the oath, and Donald Trump is already breaking his promises to the American people. After campaigning on ‘draining the swamp’ and a commitment to the working class, Trump is sending his campaign manager, Kellyanne Conway, to Buffalo to grab big money from the same elite he railed against for a year and a half,” said Jeremy Zellner in a statement.

Zellner wondered what the money was even for, criticizing the president-elect for “putting [the system] to work for himself” despite the claim he would fund his campaign.