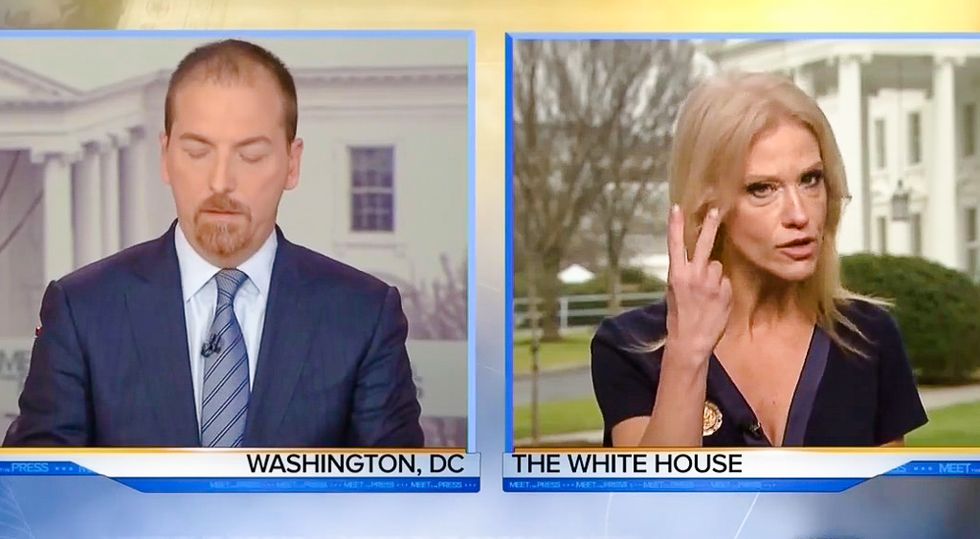 During an interview on Meet the Press, Chuck Todd asked Conway why Spicer felt the need to berate the press over the weekend for accurately reporting that Trump's crowd sizes were dwarfed by the attendance at President Barack Obama's 2008 inauguration.

"Don't be so overly dramatic about it, Chuck," Conway scoffed. "They're saying it's a falsehood and our press secretary, Sean Spicer, gave alternative facts to that."

Conway tried to deflect, but the host pressed on: "You sent the press secretary out there to utter a falsehood on the smallest, pettiest thing. And I don't understand why you did it."

"I don't think you can prove those numbers one way or the other," the Trump aide opined. "You can laugh at me all you want. You are, and I think it's actually symbolic of the way we're treated by the press. I'll just ignore it. I'm bigger than that. I'm a kind and gracious person."