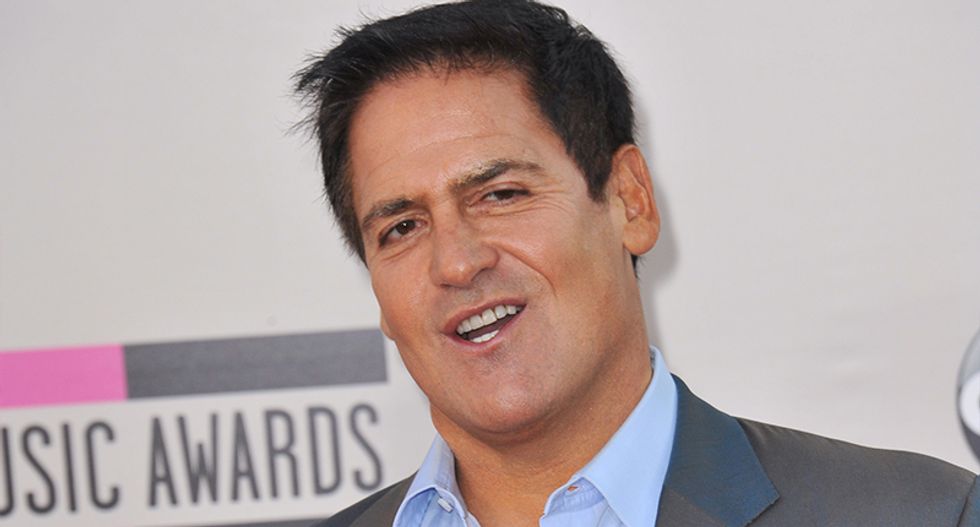 Billionaire hedge funder and Dallas Mavericks owner Mark Cuban took a swipe at newly-sworn in Republican Pres. Donald Trump on Thursday by saying that a rival team's player made the cut for the 2017 NBA All-Star game due to "voter fraud."

Mediaite.com said that Cuban was speaking to the Ft. Worth Star-Telegram when he began to slyly make fun of Trump's obsession with his popular vote loss, which the new president has repeatedly blamed on "illegal voters" and "vote fraud" -- charges that are not borne out by evidence.

This year, the players picked to start in the 2017 All-Star game have been odd choices given that they have only been on the court sporadically throughout the season.

Cuban told the Star-Telegram that he has an answer.

“There must have been voter fraud,” Cuban said. “Because I would have bet JaVale McGee really got three million, and him and [little-used Mavericks backup center] A.J. Hammons probably split that. I know I was registered with five different teams, and I’m not eligible to vote.”

He went on to mock Trump's "investigation" into the alleged 3 million illegal voters who cost him the popular vote by saying, "I’m calling for an executive investigation and I’m going to sit down with (NBA commissioner) Adam Silver and we’re going to get to the heart of this, I truly believe. If we can’t protect the integrity of All-Star voting, this league has serious problems. I think Space Ghost even got a vote in there.’’

Space Ghost is a Hanna-Barbera cartoon action hero from the 1960s.

Cuban was one of Donald Trump's harshest critics during the 2016 campaign, but abruptly lowered his profile with regards to Trump after the November election. However, it appears that the Mavericks owner can't resist poking a little fun at the chief executive.
Report typos and corrections to: corrections@rawstory.com.
READ COMMENTS - JOIN THE DISCUSSION