'Mexico won't pay for it — the US will': Patron founder slams Trump's Mexican import tax threat 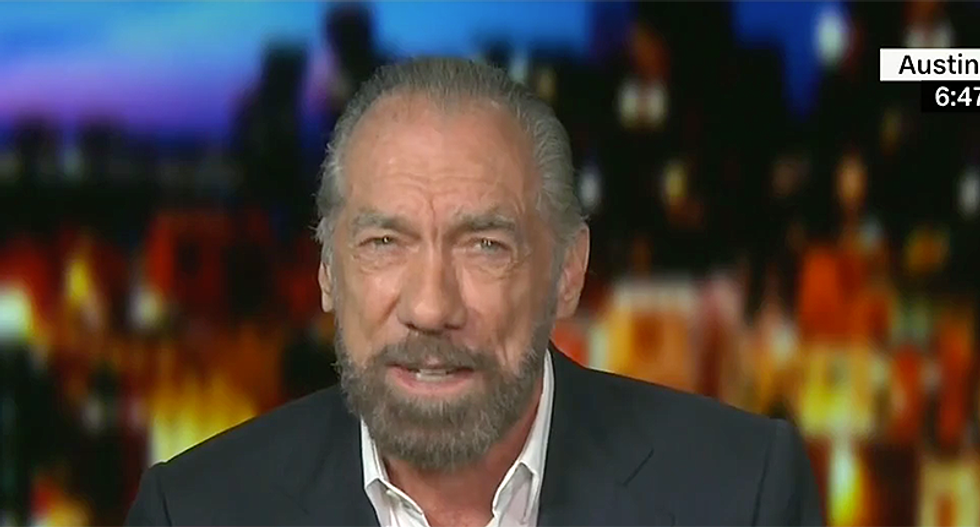 The billionaire co-founder of Patron revealed an unfortunate truth of what will happen if President Donald Trump enforces a 20 percent tax on goods coming in from Mexico.

In an interview with CNN's Erin Burnet, John Paul DeJoria explained that tariffs like those are passed onto consumers to offset the cost.

"If the tax comes across, we have to raise our prices," he explained. "We can't make the tequila in the United States. Our quality tequila has to be made in Mexico by law, we can't make it here. So, it's passed on to our distributor, onto the retailer, which will pass onto"

He said that doesn't anticipate people will stop buying Patron, however, because people have standards and want to treat themselves to higher quality brands.

"It will be a few dollars more a bottle with the tax but the consumer in the United States will be paying for it, not the Mexican government. I think we have to take a different look at that."

Burnet played a clip of Trump's interview with the Christian Broadcast Network in which he explained that some of the taxes may get passed on to the consumer but that it creates jobs.

DeJoria said, "Not quite."

"We have to really think this one out a little bit because oil, for example, and food is a commodity," he explained. "If you raise the price by 20 percent because of whatever taxation there is, the consumer at the other end is going to pay for it. They're going to pay for it across the line."

He went on to say that Americans will be paying more for vegetables and gas that comes across the border.

"I do think they have to think this out a little bit more," he urged Trump.