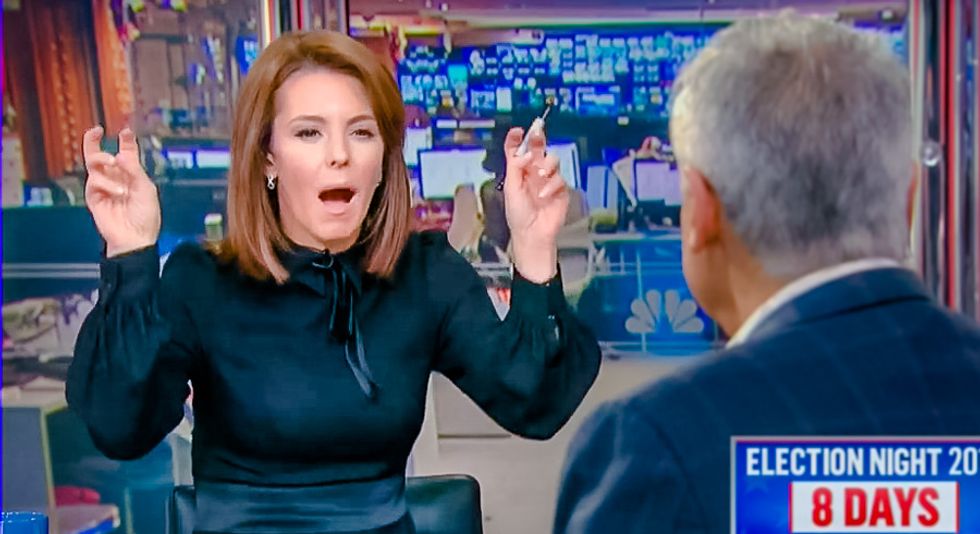 Ruhle was already heated from the start, saying "I made a commitment in 2017. I don't want to set my hair on fire. Every time, we say 'This is crazy! Why is he doing this! He's over the edge!'" She continued by calling Trump and his White House chief strategist, Steve Bannon, a "strategic beast."

Ruhle then asked panelists why Trump is trying to discredit and antagonize the intelligence community "without calling him crazy." New York Times writer Frank Bruni, who joined the MSNBC host suggested that the Trump camp might be worried that the Russian hacking allegations will delegitimize his election victory because people might suggest he was only elected thanks to foreign interference.

"OK, but no one has said 'We're going to take the presidency away from you,'" Ruhle said. "So is this about thin-skinned narcissism?" Ruhle pointed out that Trump won the election either way, "whether he won it in a cheap way or whether he won it with honor."