'My eye was filled with blood': Gay couple attacked by armed gang of 15 people 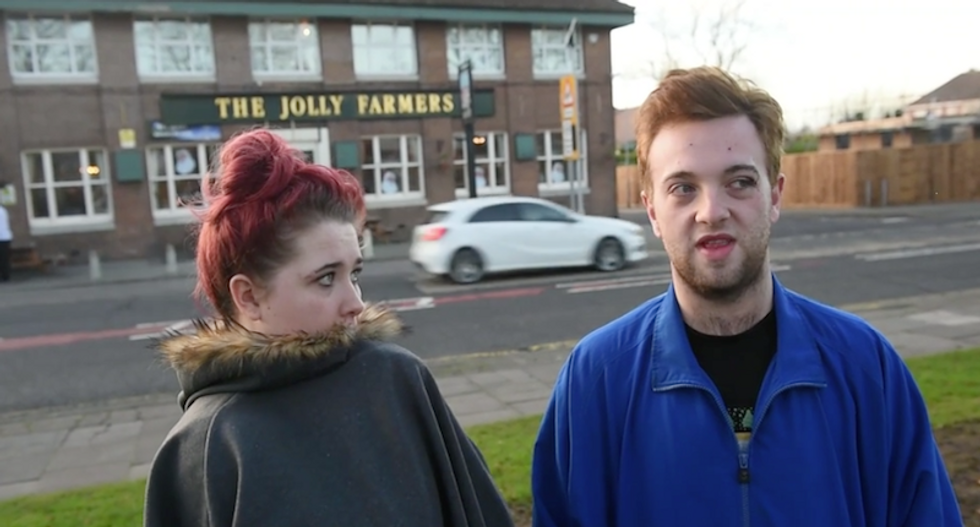 A young gay couple was beaten outside a northern England pub on Christmas Day in what they believe to be a targeted attack, according to GazetteLive. Jayson Homer and his partner, who was not identified by name, were at the Jolly Farmers pub in Thornaby when a group of people started verbally abusing them around 8:30 p.m. local time.

Homer and his partner were joined by their friend Marc Vasey and a female friend for drinks when a woman unknown to them approached them and said something to Homer's partner about his religion. According to the report, she was commenting on him being Jewish.

He said after she targeted him, "another lad from the group came over saying being Jewish was a race. I was disagreeing with him and it was just a little debate really at first. But then the girl started shouting ‘queer’ at me. Every time I went to the toilet someone said it while I was walking past."

Homer said he was also harassed when he was outside smoking, according to LGBTQ Nation. The group said they decided to leave after the situation inside got heated. But once they started walking, they were approached and attacked from behind by a group of about 15 people.

"I was bottled in the face," Homer said. "I couldn’t really see what was happening because they had knocked my glasses off and my eye was filled with blood." Homer told GazzetteLive that he needed a CT scan due to the possibility of brain damage.

According to the report, Homer's partner suffered from multiple bruises on his body as well as a black eye, possible cracked ribs, and a broken nose. Vasey also suffered a black eye and nerve damage in his face.

Homer's partner noted that the attack had to have been "calculated [because] they followed us down with weapons." Homer said, "We didn’t want any trouble. I could understand if we had provoked them but we were just minding our own business. They started off calling us and then it escalated."

He said, "To tell the truth it left me feeling suicidal. I was petrified to go out of my front door but I’m not going to let it stop me living my life."

According to the report, this was the second of two homophobic attacks within just a few days. On Wednesday, Dec. 21, a cyclist reported being attacked by two men who verbally and physically assaulted him.