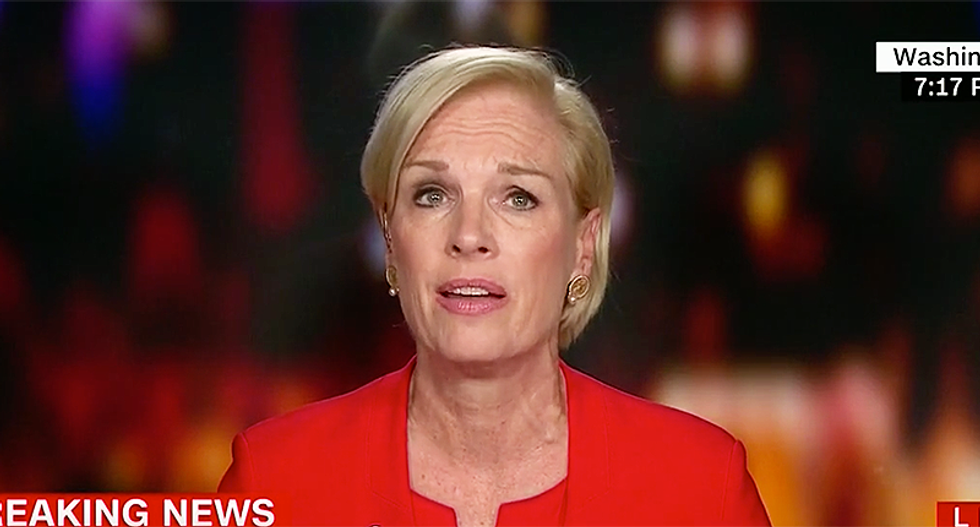 Many Republicans like Paul Ryan and incoming Vice President-elect Mike Pence like to claim that they are "pro-life" but after so-called "pro-life" laws were passed in Texas that stripped Planned Parenthood from funding, the maternal mortality rate spiked.

Maternal death is the death of a woman while she is pregnant or within 42 days of the termination of a pregnancy, the World Health Organization reports.

Planned Parenthood president Cecile Richards explained that this is really just about ending access to everything that would stop an unintended pregnancy, including family planning.

"That's the real irony here," she said. "We have seen what's happened in states like Texas where they've ended access to family planning services, to cancer screenings. We just saw in Texas a doubling of a maternal mortality rate for women, particularly low-income women, African-American women who have the least access says to care. Ironically, I think what they're trying to do will, if anything, drive up the rate of unintended pregnancy in this country and have exactly the opposite impact of what supposedly they intend."

A September report outlined results that show Texas now has the highest death rate for pregnant mothers than most industrialized countries. Richards explained that the clinics will not go under without federal funding the problem is with a bill like this, those on Medicare and Medicaid won't be able to use Planned Parenthood services.

"What Speaker Ryan is talking about doing is denying women on Medicaid the ability to go to Planned Parenthood for birth-control and cancer screenings and family planning services," she told CNN's Erin Burnett. "It's not popular with the American people, and I already know his phone has been jammed up today already about calls from women, concerned."

Richards explained that the GOP's war against Planned Parenthood does more than abortion.

"This has to do with denying women access to family planning and cancer screenings," she said. "What it will mean is there are people who count on us for health care, including thousands in the state of Wisconsin, his own state, who will no longer be able to go to the health care provider of their choice, which has been Planned Parenthood for many years."