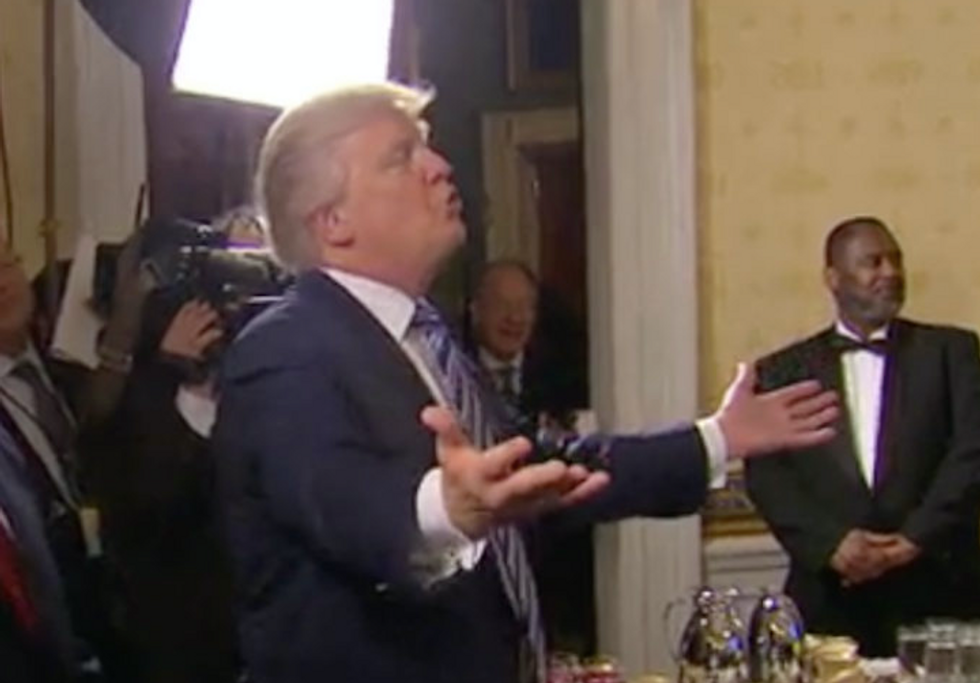 On Sunday evening, Pres. Donald Trump welcomed FBI Director James Comey and a group of law enforcement personnel and first responders to a White House ceremony and appeared to not only blow Comey a kiss across the room, but also nuzzled his cheek in what looked like a kiss.

"Oh, here's Jim," said Trump in video from the White House before he made a moue-like shape with his lips that some viewers say looked an awful lot like the new president was blowing Comey a kiss.

"He's become more famous than me," Trump said as Comey crossed the room to his side, where the director received a hug and what appeared to be a peck on the cheek.

Some blame Comey's decision to feint at re-opening the investigation into Democratic presidential nominee Hillary Clinton's use of a private email server during her term as Secretary of State for her loss in Nov. 2016.

Watch video from ABC News and CNN, embedded below: