Pro-Trump NY lawmaker: Deport ‘Mochelle’ and her kids to Kenya if ‘Muslim’ Obama criticizes our guns 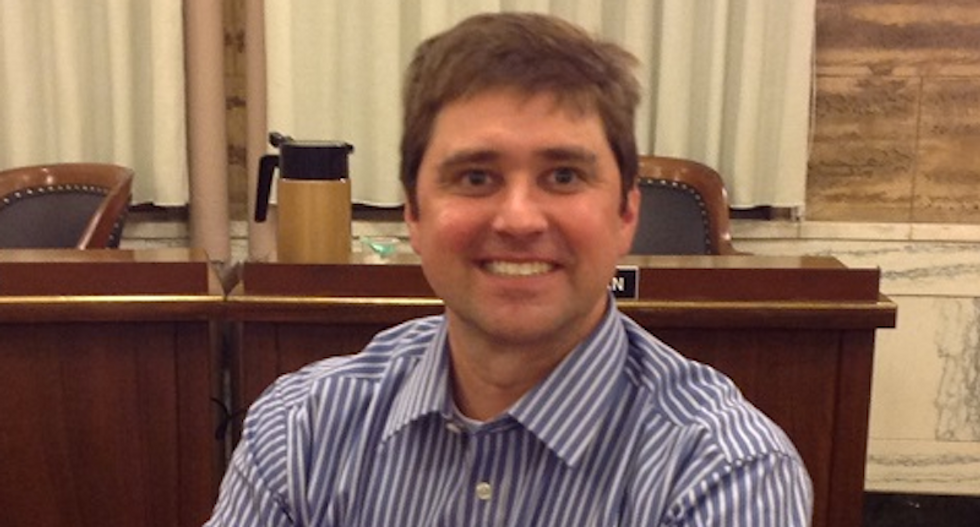 In his post, Joel LaPierre shared an article about Congress making it easier to carry handguns as we enter Donald Trump's administration. LaPierre's commentary with the post then referred to Obama as "BIG EARS." He wrote, "you and your muslim brothers did your best to destroy this great country and you failed."

LaPierre also threatened the Obama family, writing, "keep poking the bear and we will pack you, Mochelle (sic), the kids, mother-in-law and any one else related to you and send you all on a one way trip to Kenya where you were born." Obama is neither Muslim, nor was he born in Kenya. The birther conspiracies were first started by President Donald Trump in March 2011 when he asserted that he had "real doubts" about Obama's birthplace.

The Republican lawmaker is both a member of the National Rifle Association and a fan of hunting, who now faces a censure for his online post. A censure is simply a public condemnation by the governmental body expressing disapproval of a member's words or actions. The body's legislative chairman, Republican Kevin Acres, said that while he didn't agree with many of Obama's policies, there is still a need to be "civil and courteous."

LaPierre wrote an apology to North Country Public Radio who reached out for an interview but was denied. The apology explained that LaPierre's comments were not right, as a member of a legislative body. "This has been a learning experience for me. In the future I will express my opinions in a more suitable manner," he wrote.

The St. Lawrence County legislature met on Monday night and voted 12-2 in favor of a censure against LaPierre. One member, Republican David Forsyth defended LaPierre's posts, stating that while he did not agree with the content of the post, "I have to wonder if similar words were written about President Trump, if they would receive the same amount of scrutiny."

Democrat Tony Arquiett responded, "I really don't want it whitewashed that it's somebody just making a mistake, or referring to what's going on with Trump."

See below for the full post, via journalist Lauren Duca.