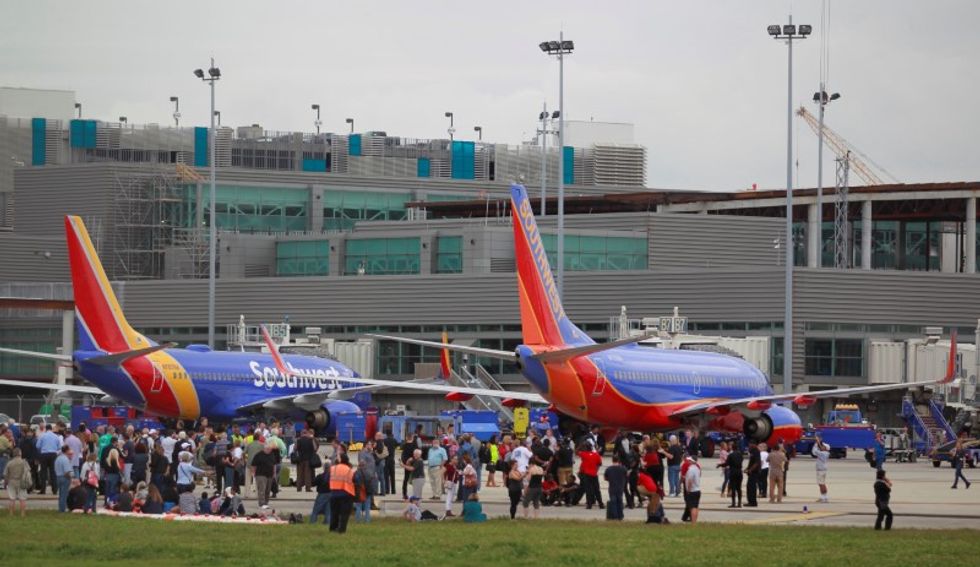 People on the airport ramp area near terminals 1 and 2 are seen following a shooting incident at Fort Lauderdale-Hollywood International Airport in Florida, January 6, 2017. REUTERS/Andrew Innerarity

A volunteer firefighter in his sixties and a retiree en route to a cruise ship vacation with her husband were among the five travelers fatally gunned down during Friday's airport attack in Florida, according to relatives and friends.

Authorities have not named any of the victims of the rampage in a crowded baggage claim area at Fort Lauderdale's airport, which also left six others shot and dozens more with injuries suffered in the chaos as people fled.

But a picture of some of those killed began to emerge on Saturday from local media reports and in testimonials by family and friends.

Terry Andres, a volunteer fireman from Virginia Beach, Virginia, was at the airport to go on vacation with his wife, his daughter told local broadcaster WAVY-TV.

She said he would have been celebrating his 63rd birthday later this month. He was shot multiple times, WAVY-TV reported, but his wife of 40 years was not hurt.

Andres had served since 2004 with the Oceana Volunteer Fire Department, where he was remembered fondly.

"He was well liked and respected for both his dedication to being a volunteer as well as his professional approach to his job as a support tech," the department said in a statement on Saturday. "We mourn his passing as we do all the victims of the senseless attack in Ft. Lauderdale."

Another of those killed was Olda Woltering, a retiree from Marietta, Georgia who was on vacation with her husband Ralph, according to people who recalled her as a prominent figure at the city's Transfiguration Catholic Church.

"She was a wonderful wife, mother, grandmother, great grandmother and friend," said Chip Oudt, a fellow churchgoer who said they had been close. "She will be missed."

Woltering joined the church with her husband in 1978. Others who worshipped there described her as always happy.

"Olga was so charming, calling everybody 'Lovey' or 'Love' in her unmistakable British accent," church officials said in a statement. "Her life revolved around her kids, grandchildren, great-grandchildren, and hundreds of extended family at Transfiguration."

A third fatality was Michael Oehme of Council Bluffs, Iowa. He had also been on his way to take a cruise ship vacation with his wife when he was shot.

His wife, Kari Oehme, was shot in the shoulder and will survive, according to Omaha television station WOWT.

Mark Lea, a witness who told the station he saw the couple at the scene, recalled running to help the victims.

"Did not know her any way, shape or form," Lea said of Kari Oehme. "I saw that she was down and injured in a pool of blood, which was hers and just stopped to help and console her and kind of minimize her from going further into shock."

Authorities say three of the six victims taken to the hospital with gunshot wounds are in intensive care, while the others are in good condition. They have not given more details.