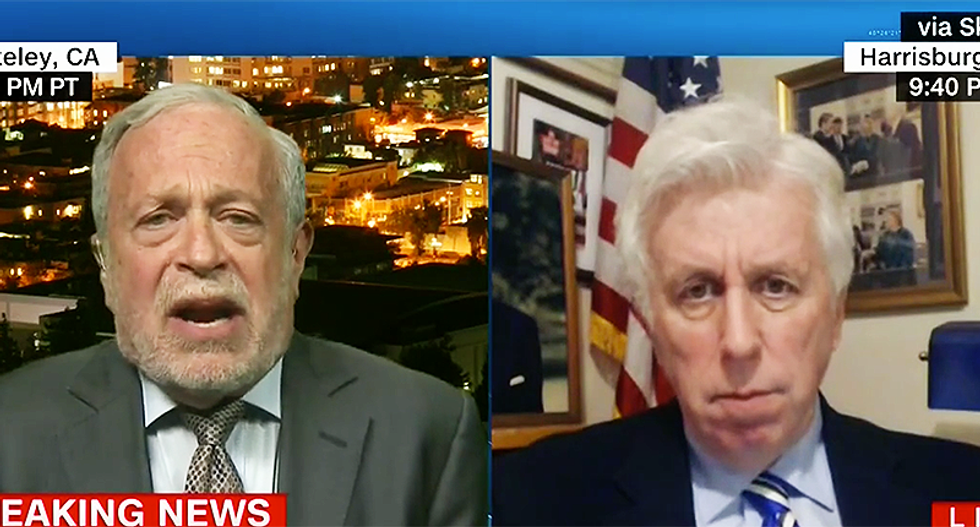 (Also see: Flip-flop: Trump will ask Congress — and not Mexico — to build the wall )

Lord claimed that Clinton disparaged the FBI when she said that director James Comey was attacking her after his announcement weeks before the election. Reich said that anyone, regardless of party, should never disparage the intelligence community.

"Donald Trump says he disagrees with them and he disparages them," Reich said. "How can you run a government if you're going to be disparaging all your sources of information?"

Getting nowhere with his previous argument, Lord then took issue with Reich's claim that Trump disparaged the intelligence agents.

"Do you think Donald Trump has disparaged them?" Lord asked. "All he did tweet out saying 'intelligence' in quotes." Lord claimed that Trump is a "fan of the community."

"It seems like, we heard from Clapper today who used the word disparaging," Cooper corrected Lord.

"I totally disagree with that," Lord said. "I don't think he is disparaging the men and women who put their lives on the line to do this. That's not Donald Trump at all. But I think he is right to question the leadership. To be perfectly candid."

Lord continued that when they disagree with Trump and attack him. "They're going to attack him anonymously in the press. They'll attack through their allies on Capitol Hill," Lord predicted.

Reich was shocked. "The CIA and NSA are going to attack Donald Trump? Is that what you're alleging?"

Lord alleged that all of the anonymous stories being leaked citing intelligence officials are exactly what he's predicting.

"Wait a minute, wait a minute," Reich stopped. "I want to understand something. You're saying that there is a conspiracy of some sort, that you have all the intelligence agencies Congress conspiring and they'll try to bring Donald Trump down? Is this the assumption here?"

Lord said that leaks happen in Washington and it's amateurish to claim otherwise.

Lord tried to pivot and Cooper had to end the interview for time.