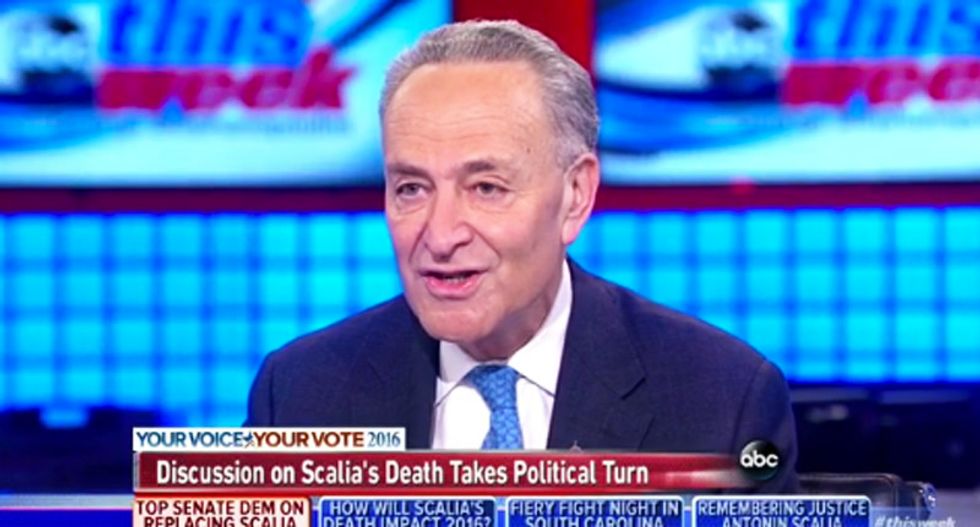 Our requests are eminently reasonable, shared by leaders of both parties. I'll return this letter to @SenateMajLdr… https://t.co/I0944yDd3e
— Chuck Schumer (@Chuck Schumer) 1483991282.0

Then-Minority Leader McConnell sent the letter to then-Majority Leader Harry Reid about the confirmation process for President Barack Obama’s cabinet. Included in the letter was a list of standards expected by Republican leaders “prior to considering any time agreements on the floor on any nominee.”

Now, eight years later, it seems the Republican-led Congress is hoping to bypass their own stringent set of requirements, moving to hold confirmation hearings for nine of Trump’s nominees this week, even as Office of Government Ethics director Walter Shaub Jr. expressed “great concern” over the hearing schedule.

“As OGE’s director, the announced hearing schedule for several nominees who have not completed the ethics review process is of great concern to me,” Shaub wrote in a letter to Schumer and Sen. Elizabeth Warren last week.

“This schedule has created undue pressure on OGE’s staff and agency ethics officials to rush through these important reviews,” Shaub added.

Despite the concerns, McConnell contends the push to delay confirmation hearings are simply “little procedural complaints” related to Democrats’ “frustration at having not only lost the White House but having lost the Senate.”

But in his letter to McConnell on Monday, it’s clear that Democrats are simply responding in kind to Republicans’ 2009 request. Schumer merely crossed out any reference to Reid in his message to McConnell, replacing it instead with “Mitch.”

Schumer’s expert trolling made the rounds on social media, where users congratulated the Minority Leader on his “sick burn”: