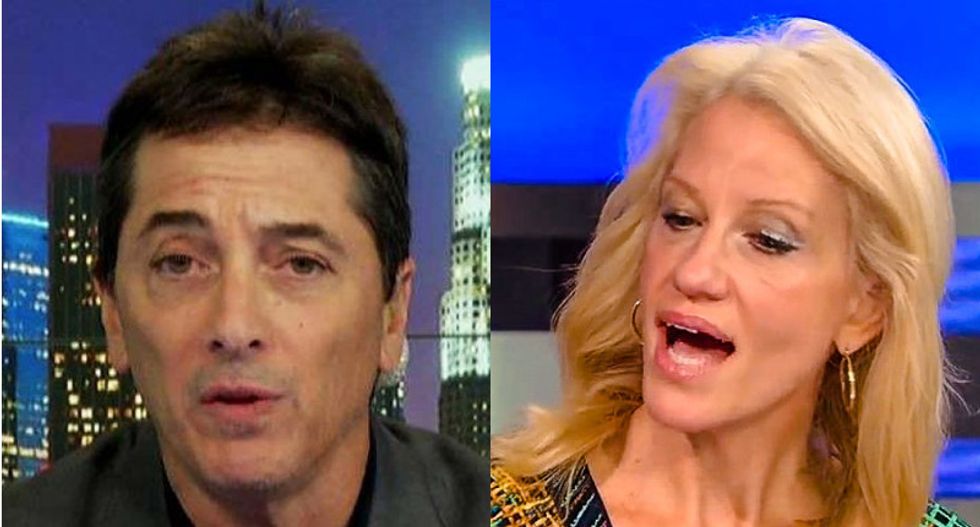 According to a Fox Business News senior correspondent, Trump booster Scott Baio was attacked by "anarchist thugs" as he attempted to enter a victory celebration following the inauguration ceremonies as Trump advisor Kellyanne Conway engaged in fisticuffs inside the hall.

Writing on Facebook, business analyst Charles Gasparino claimed he was meeting up with former child actor Baio on Friday when they were attacked on the street by "anarchists" screaming obscenities.

"More detail on my post trump inaugural fun and games: first met my pal Scott baio outside the victory ball," Gasparino wrote. "We said hello when a bunch of anarchist thugs began to descend on us screaming 'hey Chachi are u fascist?' One made an aggressive move toward us i shoved him away and he said 'touch me again u little prick and I'll smack u' my response: 'GFY asshole' that's when my producer Brian Schwartz intervened and crisis was averted."

According to Gasparino, that was not the only violence he witnessed that evening.

"Part two was even more insane," he continued. "Inside the ball we see a fight between two guys in tuxes and then suddenly out of nowhere came trump adviser Kellyanne Conway who began throwing some mean punches at one of the guys. Whole thing lasted a few mins no one was hurt except maybe the dude she smacked. Now I know why trump hired her."

The Fox regular added, "Btw I exaggerate none of this." 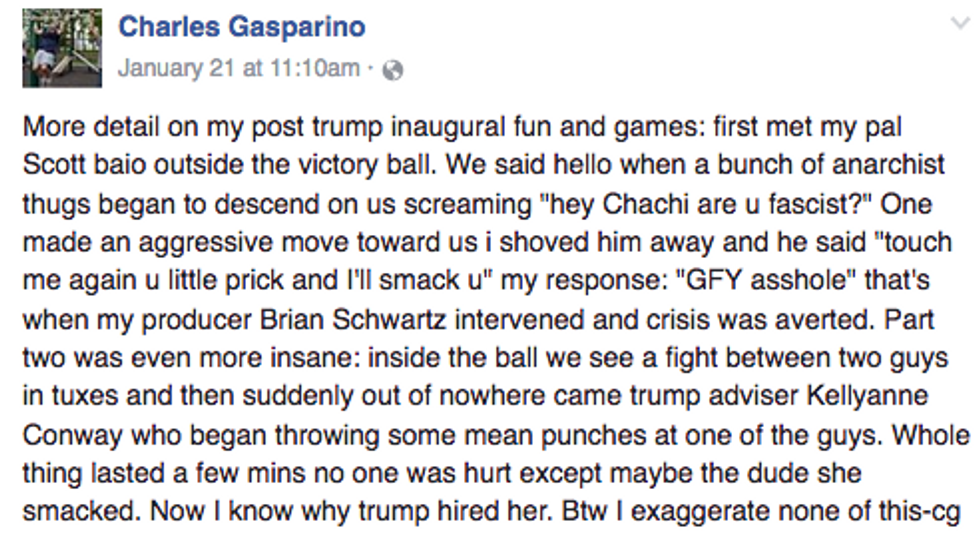