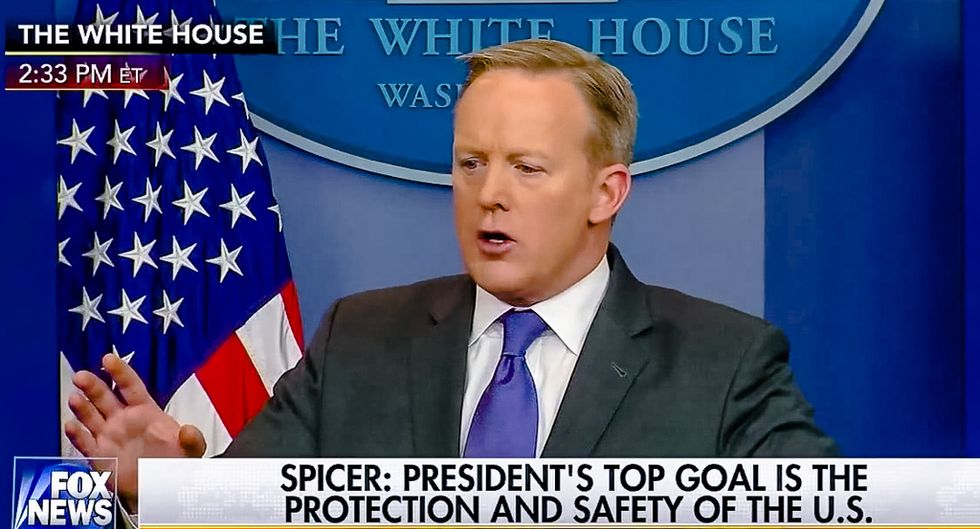 White House Press Secretary Sean Spicer said on Monday that the Trump administration would not apologize for detaining a 5-year-old Iranian boy because it was done to keep the country safe.

Video published by WJLA over the weekend showed the 5-year-old boy being reunited with his mother after he was detained at Washington Dulles International Airport for hours on Saturday.

On Monday, NBC White House correspondent Kristen Welker pressed Spicer about whether the detention was necessary.

"The president recognizes that it is his duty and obligation to keep this country safe," Spicer explained. "And by instituting a process by which we look at these countries over a 90-day period and the process by which the people can come in out of this country to ensure the safety of each and every one of us, I think, is something that makes a heck of a lot of sense."

"When you look at the 329,000 people [who traveled to the U.S. over the weekend], 109 were inconvenienced for the safety and security of us all," the Trump spokesman said. "And to make sure that, if they are a 5 year old, that maybe they're with their parents and they don't pose a threat."

"But to assume that just because of someone's age or gender or whatever that they don't pose a threat would be misguided and wrong."