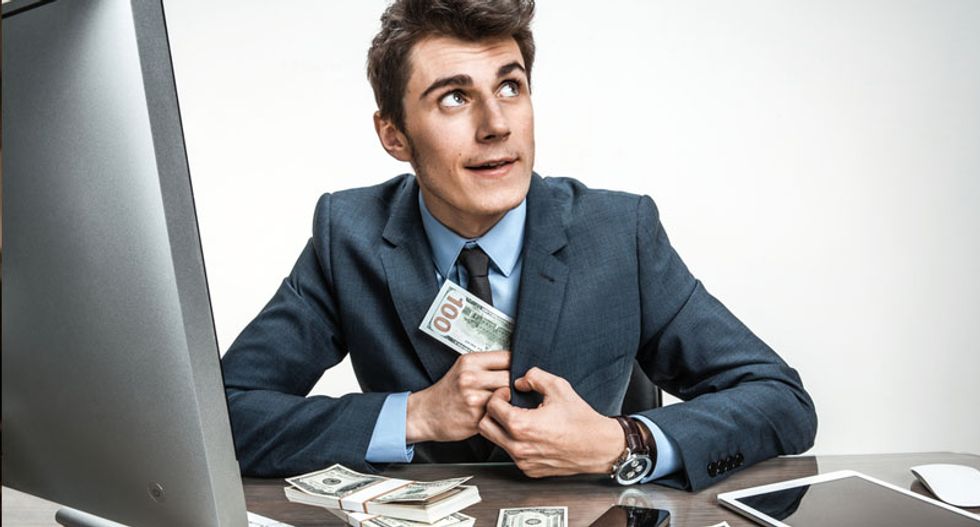 Lawmakers in South Dakota are invoking emergency powers to overturn an anti-corruption law that was passed by a ballot measure during the 2016 election.

The South Dakota Government Accountability and Anti-Corruption Act makes it illegal for lawmakers to receive more than a total of $100 annually from lobbyists in the form of "any compensation, reward, employment, gift, honorarium, beverage, meal, food, or other thing of value made or given directly or indirectly."

The law, which was passed by a majority of voters in November, immediately incited panic among state officials and lawmakers. Some resigned from their posts while others cancelled meetings with any groups represented by lobbyists.

Lawmakers who are found guilty of violating the act face $1,000 in fines and up to one year in prison.

According to a statement from the advocacy group Represent South Dakota, lawmakers are now trying to use their "emergency powers to bypass normal check and balances, and repeal America's first statement Anti-Corruption Act."

"In an unprecedented maneuver, state lawmakers are planning to declare a state of emergency so their repeal of the Anti-Corruption Act would take effect immediately, and deny voters their right to another vote on the measure through a veto referendum," the statement explained. "The bill guts all of the Act's provisions, including creation of an independent ethics commission, limits on lobbyists gifts to politicians, tougher penalties for bribery, stronger transparency, and a two-year ban on politicians becoming lobbyists when they leave office."

Represent South Dakota warned that the repeal measure (HB 1069) was so poorly worded that it "may actually legalize bribery."

Doug Kronaizl, a spokesperson for Represent South Dakota, accused the legislature of "brazenly overturning the election result, and declaring a fake emergency to prevent the people of South Dakota from having their say."

"It's the same self serving politics that is destroying Washington, DC," Kronaizl insisted. "By invoking a fake emergency and overturning the election result, the Rushmore State more closely resembles anti-democratic regimes in Ukraine and third-world countries."

Wow. SD GOP declaring state of emergency to repeal voter-approved ethics law. This is beyond even what the NC GOP d… https://t.co/ZGLoO5yPEm
— Tyler Creighton (@Tyler Creighton) 1485181765.0