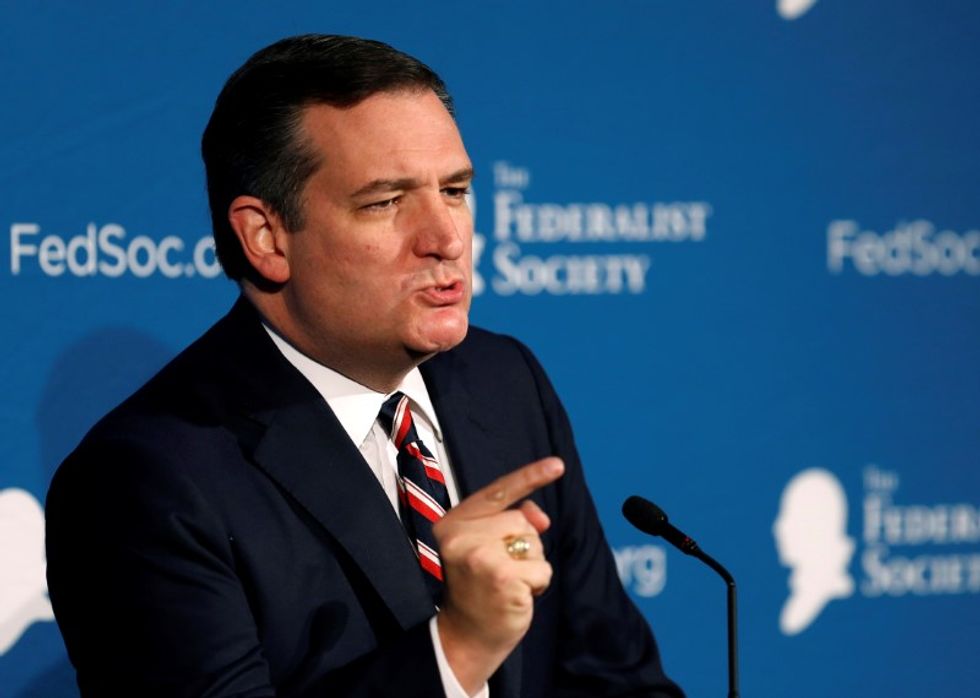 U.S. Senator Ted Cruz and Texas Governor Greg Abbott met with the president of Taiwan on Sunday during a stopover in Houston that was sure to pique Chinese leaders already upset by her conversation with President-elect Donald Trump.

It is not unusual for U.S. lawmakers to meet with Taiwanese leaders when they pass through the country, but tensions are high this winter after Trump, who like Cruz and Abbott is a Republican, spoke to Tsai Ing-wen last month.

The telephone conversation broke with decades of precedent and cast doubt on his incoming administration's commitment to Beijing's "one China" policy.

Cruz, who represents Texas, said some members of Congress had received a letter from the Chinese consulate asking them not to meet with Tsai during her stopovers.

"The People’s Republic of China needs to understand that in America we make decisions about meeting with visitors for ourselves," Cruz said in a statement. "This is not about the PRC. This is about the U.S. relationship with Taiwan, an ally we are legally bound to defend."

China is deeply suspicious of Tsai, who it thinks wants to push for the formal independence of Taiwan, a self-governing island that Beijing regards as a renegade province, ineligible for state-to-state relations.

The United States, which switched diplomatic recognition from Taiwan to China in 1979, has acknowledged the Chinese position that there is only "one China" and that Taiwan is part of it."

Tsai scheduled stopovers in San Francisco and Houston on her way to visit allies in Central America, including Honduras, Nicaragua, Guatemala and El Salvador.

Beijing had urged the United States not to let her into the country.

Cruz said he and the Taiwanese leader discussed upgrading bilateral relations and furthering economic cooperation between their countries, including increased access to Taiwanese markets that will benefit Texas ranchers, farmers and small businesses.

Abbott said in a Twitter post that he also met with Tsai on Sunday and that they discussed “expanding trade and economic opportunities.”