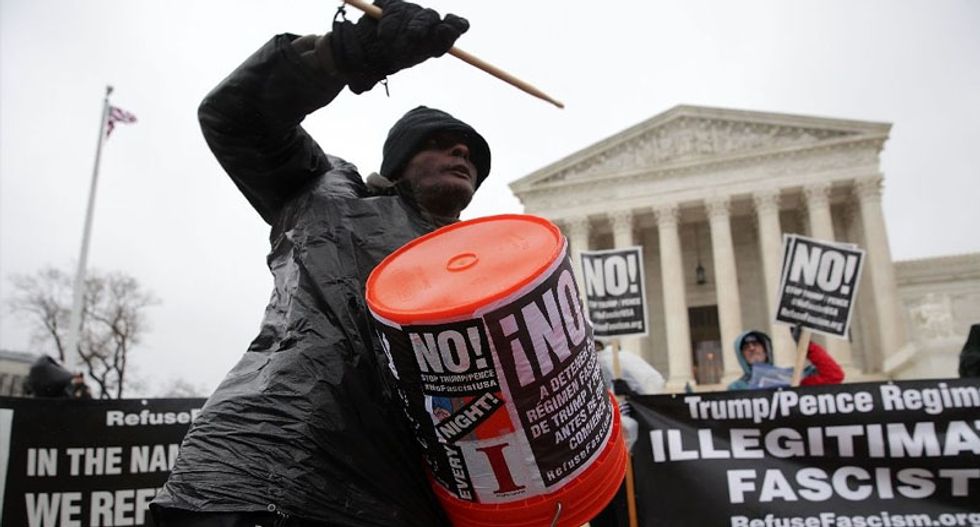 The United States has been downgraded from a "full democracy" to a "flawed" one in an annual ranking compiled by a British think tank, which cited an erosion of trust in government (AFP Photo/ALEX WONG)

The United States has been downgraded from a "full democracy" to a "flawed" one in an annual ranking compiled by a British think tank, which cited an erosion of trust in government.

New US President Donald Trump capitalised on such long-standing problems in the system in his election campaign, said the Economist Intelligence Unit, part of the group which publishes The Economist weekly magazine.

"The US, a standard-bearer of democracy for the world, has become a 'flawed democracy', as popular confidence in the functioning of public institutions has declined," the EIU said in its 2016 Democracy Index report.

"This has been a long-term trend and one that preceded the election of Mr Trump.

"By tapping a deep strain of political disaffection with the functioning of democracy, Mr Trump became a beneficiary of the low esteem in which US voters hold their government."

It said worsening income inequality, the "ideological entrenchment" in Congress resulting in deadlock, the financial crisis and repeated federal government shutdowns were behind the erosion of trust in the United States.

The ninth annual index report said Trump's election in November and Britain's vote to leave the EU in June were expressions of deep dissatisfaction with the status quo.

It said the relatively high 72 percent turnout in the Brexit referendum was because people believed "their vote could change something for once".

The backlash against the establishment was a consequence of democratic failings, not a cause, it said.

European ruling elites are facing a growing revolt and a "full-blown legitimacy crisis" -- and apart from dismissing voters as deluded, have shown "little inkling of how to respond".

The message for political leaders facing election in 2017 is that marginalised voters do no share the elite's values and will "look elsewhere" if mainstream parties do not give them a voice, the report said.

The index ranked 19 full democracies followed by 57 flawed democracies, then 40 hybrid systems and finally 51 authoritarian regimes propping up the list.