'They relied heavily on fake news': Former Georgian president describes his own attacks by Russians 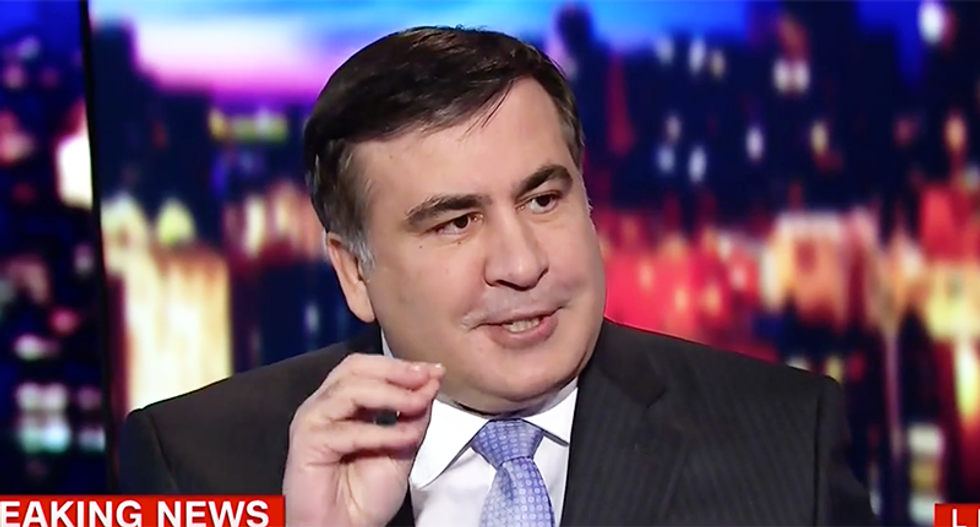 Former Georgian President Mikheil Saakashvili knows first hand what the Russians do when they want to intervene in an election because the exact same thing happened in his country.

In an interview with CNN's Erin Burnett, Saakashvili outlined how Russian President Vladimir Putin ordered efforts to influence the election in Georgia.

"First of all, in 2008, we were monitoring the first of their cyber attacks," he began. "They basically attacked all our computers in the Georgian government before the military attack. Cyber attack is part of general warfare for sure. Then they relied very heavily on fake news. In Georgia's case, they staged a video of prison abuse, which was later found out [to be] staged by people with clear ties with Russian intelligence. But it spread like fire and had its impact at that moment, so it was well done."

Another thing they would do is to intercept telephone calls and upload it just before the elections or "at important moments, just before a political crisis" he continued.

Saakashvili explained that he knows Putin very well and he's seen these tactics used many times before. He further said that he has spoken to Putin and that the Russian president always knows the details of the intelligence operations.

"He boasts with it," Saakashvili said. "Nobody would ever dare to challenge him in that way."

Saakashvili is also a very good friend of President-elect Donald Trump's and has done business with him in the past. He said that Trump is an intelligent man and despite Saakashvili's poor relationship with Putin, Trump came to Georgia and spoke with him.

"It didn't stop him from coming and helping, praising, assisting us in supporting the investment projects," he continued. Saakashvili explained that he personally has had good relationships with every U.S. president on both sides of the aisle.

"So, Putin thinks that any new U.S. president will come in and he doesn't have to readjust," he continued. According to Saakashvili, Putin doesn't actually think the U.S. matters much because Putin thinks that he is "eternal."

"Russia is a country with less than 3 percent of the world GDP, but because he thinks he can outlive us all, or outlive them all, every new president that comes in will readjust," he said.

Saakashvili also explained that Trump will likely follow every one of his predecessors in giving Putin the benefit of the doubt.

"Putin measures everybody from the point of view the carrot... and Putin likes to dominate and intimidate, especially during the beginning. My prediction is [Trump and Putin] will meet within a couple of months — a couple months after the inauguration. I think that will be the moment because he always measures everybody's character. His first page, that's what he measures."

Saakashvili thinks that Trump will likely confuse Putin because Trump is so unpredictable.