Triumph the Insult Comic Dog: Trump's inauguration was like a 'pick-up joint for seniors' 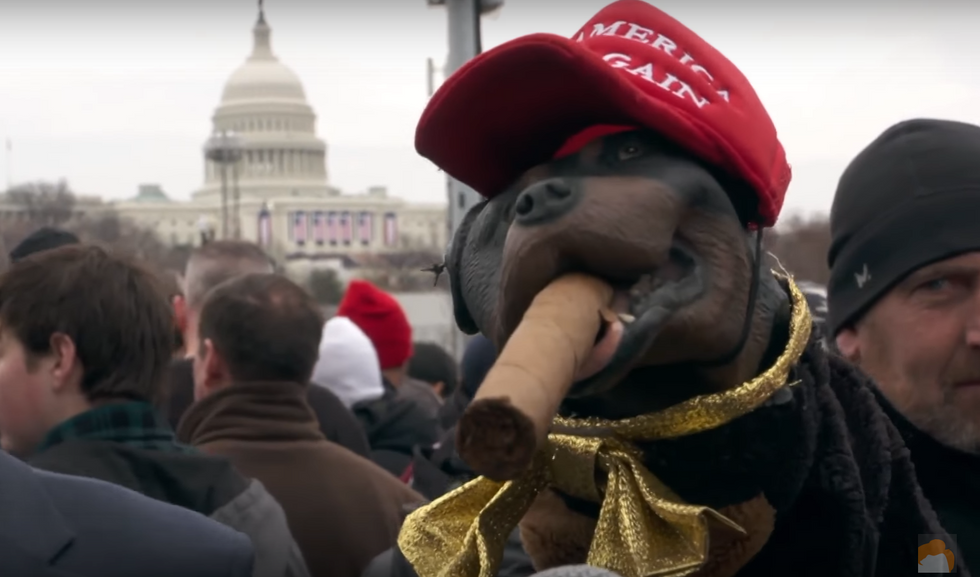 While there was a lot of press coverage around this year's presidential inauguration, no one covered it quite like Triumph the Insult Comic Dog, who was sent by Conan O'Brien to troll last week's festivities.

In a segment aired on O'Brien's TBS show on Monday, the outrageous puppet dog went down to Washington, D.C. to interact with Trump supporters and give his own take on what went down.

Triumph started off the segment by noting that Trump's move to the White House continues "his long tradition of evicting black families," as his arrival meant the departure of former President Barack Obama.

He then got on to what he does best: Insulting people.

Looking over the crowd at the inauguration, he called it an "inspiring mass of overweight, overaged, predominantly white humanity."

He also said that the inauguration was like a "pick-up joint for seniors" and noted that the last time he saw "this much white hair, Madonna was getting out of a limo without panties."

Triumph also noted that there was a heavy Secret Service presence in the area because "it takes a lot of people to make sure Melania doesn't run away."

And for good measure, he also referred to Donald Trump, Jr. and Eric Trump as the "less motivated Menendez brothers."

Despite all the insults, however, Triumph said he had a lot in common with Donald Trump -- the only major difference, he said, is that "the hand up my butt isn't Vladimir Putin's."