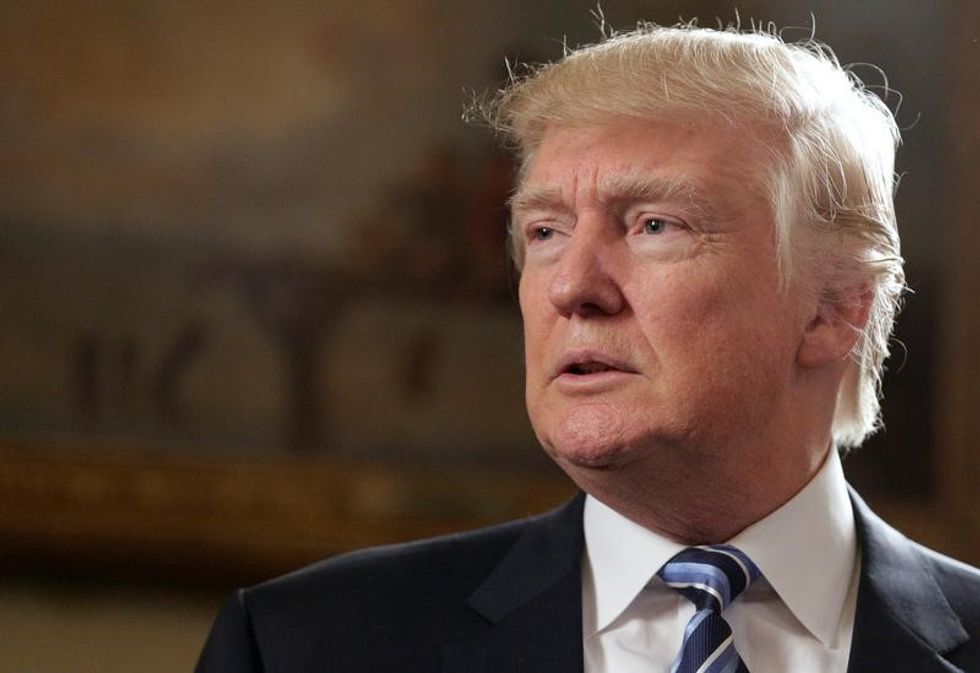 On Saturday, President Donald Trump gave a brief speech to CIA staffers. The event was reportedly intended to calm the intelligence community's apparent unease over the new administration, Talking Points Memo reports. During his campaign, Trump regularly criticized the intelligence community, citing their role in the invasion of Iraq and going so far as compare the release of the Russian dossier to Nazi Germany.

"The wall behind me is very, very special," Trump said during his 15 minute speech, in reference to the memorial behind him honoring CIA service. "Very few people can do the job you people do," he continued.

A video of the speech shows the president drew applause at certain points, but a pool report from the event suggests that the Trump administration had brought supporters and that's who was cheering.

And although the visit was reportedly conciliatory, anonymous intelligence officials told CBS and other news sources that the speech was "uncomfortable" and may have worsened relations with the agency. A source also reportedly told CBS that the front of the room was made up of Trump supporters. "An official with knowledge of the make-up of the crowd says that there were about 40 people who’d been invited by the Trump, Mike Pence and Rep. Mike Pompeo teams," CBS reports.