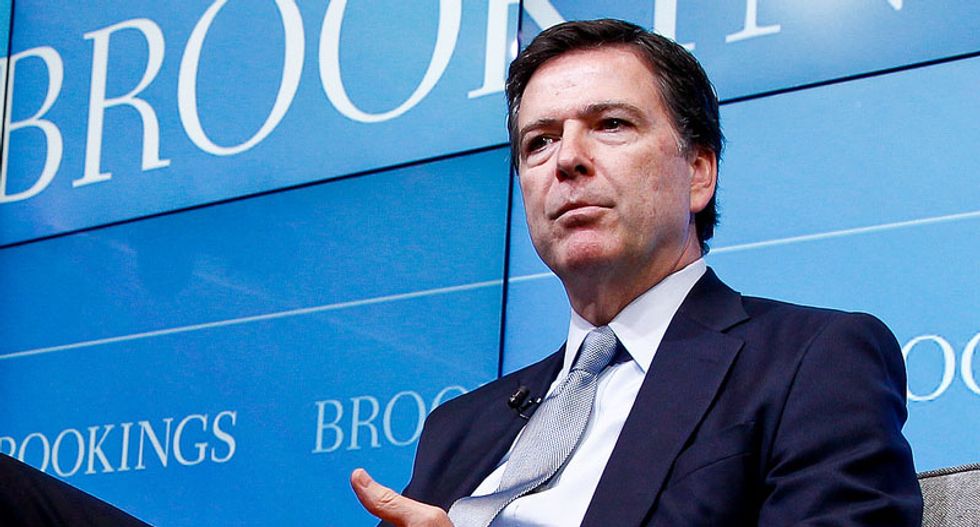 President Donald Trump intends to keep FBI Director James Comey in his post, a person familiar with the decision said on Tuesday, amid reports that U.S. law enforcement and intelligence agencies are scrutinizing Trump associates over their ties to Russia.

Comey, a Republican, drew furious criticism from Democrats for announcing just 11 days before the Nov. 8 election that the FBI was looking at additional emails related to Democratic presidential candidate Hillary Clinton's use of a private server.

Four days after the election, Clinton privately blamed Comey for her election loss to Trump, telling donors Trump was able to use the FBI chief's comments about the emails to attack her in the waning days of the campaign.

On Sunday, Comey got a warm handshake and pat on the back from Trump during a reception at the White House. On Tuesday, Trump would not confirm that Comey was staying on when asked about it during an Oval Office appearance with top U.S. auto industry executives.

The news about Comey keeping his job was first reported by the New York Times, which said he told his top agents Trump had asked him to remain in the post he has held since 2013.

An FBI director is appointed to serve a 10-year term, but may be fired by the president at any time. For example, former President Bill Clinton in 1993 dismissed William Sessions after a Justice Department internal watchdog report that revealed unethical conduct such as taking FBI aircraft on personal trips.

Trump had sharply criticized the Justice Department during the campaign for not bringing criminal charges against Clinton for her use of a private email server to conduct government business during her 2009-13 tenure as secretary of state.

Comey sent a letter to the U.S. Congress on Oct. 28 announcing that the FBI was investigating more emails as part of its investigation into whether Clinton mishandled classified information when she used the private email server.

The FBI director then announced two days before the election that a review of the new emails did not change the bureau's previous finding that no criminal charges were warranted against Clinton, but the political damage had already been done.

The Times reported last week that U.S. law enforcement and intelligence agencies are looking into intercepted communications and financial transactions as part of a wider investigation into potential ties between Russian officials and Trump associates including former campaign chairman Paul Manafort.

(Reporting by Julia Edwards Ainsley and Doina Chiacu; Editing by Chizu Nomiyama and Will Dunham)