Trump says he met with Supreme Court candidates, will pick after taking office 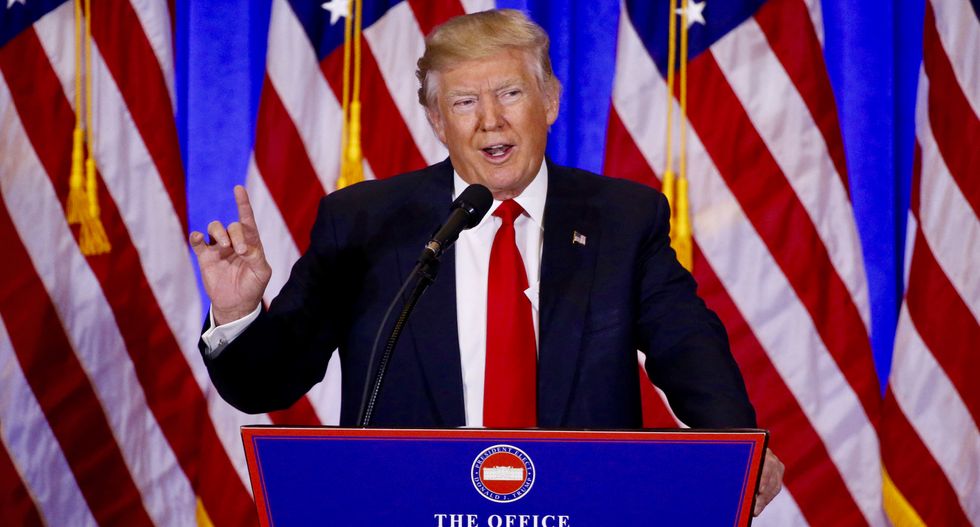 President-elect Donald Trump said on Wednesday his team has met with numerous candidates to fill the longstanding U.S. Supreme Court vacancy and promised a decision on a nominee within about two weeks of taking office on Jan. 20.

Trump, during a news conference in New York, indicated the importance he attached to the selection of a replacement for conservative Justice Antonin Scalia, who died last Feb. 13. The Republican-led Senate then refused to consider President Barack Obama's nominee to the post, appeals court judge Merrick Garland.

"It will be a decision which I very strongly believe in. I think it's one of the reasons I got elected," said Trump, who previously vowed to pick a jurist similar to Scalia, who was one of the most conservative members of the nine-seat court.

Trump said he would make his announcement "probably within two weeks of the 20th ... probably the second week." He did not mention any of the potential picks by name or state exactly how many have had interviews, but said, "We've met with numerous candidates. They were outstanding in every case."

Trump said he would pick from names suggested to him by conservative legal groups. Trump said he had a list of 20 names. The original list his presidential campaign made public included 21 names. Trump specifically mentioned input from the Federalist Society and Republican former South Carolina Senator Jim DeMint.

Scalia's replacement could tilt the ideological leaning of the court for years to come, restoring the long-standing conservative majority just at a time when it appeared liberals would get an upper hand on the bench. This could be pivotal in wide range of issues including abortion, the death penalty, religious rights, presidential powers, transgender rights, federal regulations and others.

The U.S. Constitution calls on the president to nominate members of the Supreme Court, with confirmation of the selection in the hands of the Senate. The Republican-led Senate, in a move with little precedent in U.S. history, refused to consider Democrat Obama's nominee, saying the winner of the Nov. 8 presidential election between Republican Trump and Democrat Hillary Clinton should make the pick.

The court is in the midst of its current term, which started in October and ends in June.