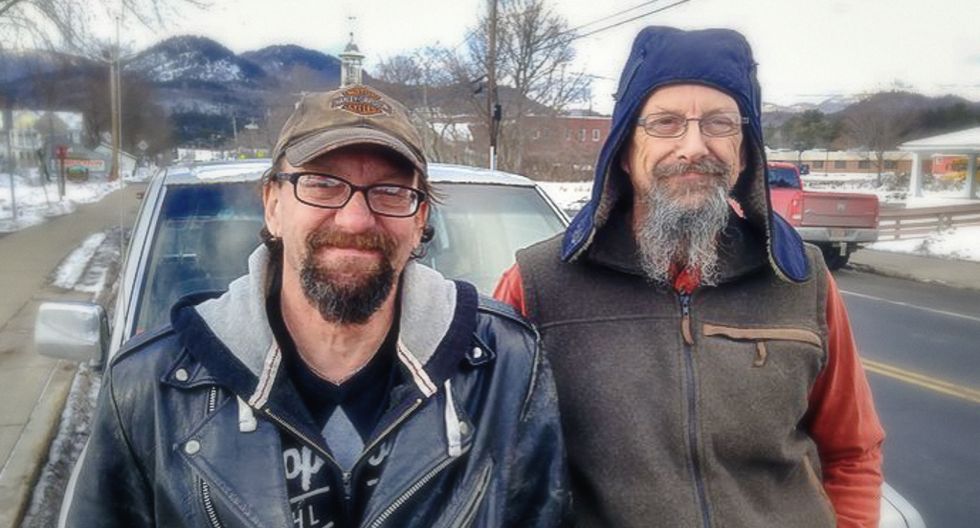 Two brothers who support President Donald Trump argued over the weekend that the president was right to place a ban on travel from seven majority-Muslim countries because Jesus Christ is "the reason this country is here and safe today."

In an interview with NPR that was published on Sunday, brothers Tim and Bill Jackson of Elizabethtown, New York called on Americans to give the president a chance.

"I'm sick of people who just stand by," brother Bill agreed. "Now that someone's gone in there and stirred the waters up, boy them Democrats are pissed. They're trying to come up with every way they can to push him down."

"I feel that if a Muslim woman wants to move into this country, she needs to leave her towel home," Bill explained. "Because the reason this country is here and safe today is because of Jesus Christ."

He continued: "We were one nation under God. The Muslims are into Allah. They can't live there [in their home countries] anymore because of all the turmoil and unrest. Here we still have somewhat peace. So if you're going to come here to enjoy this peace, follow our rules and be one nation under God. Or stay home. I'm not making you change your religion, or whatever you want to call it, your belief. But if you want this, what we want, then you got to do what we're doing to get it."

Bill also disagreed with the notion that the Constitution gives Americans the right to worship the god of their choice.

"That is something I believe that has come along with political correctness and all this other garbage," he insisted.

Listen to the report below from NPR News.