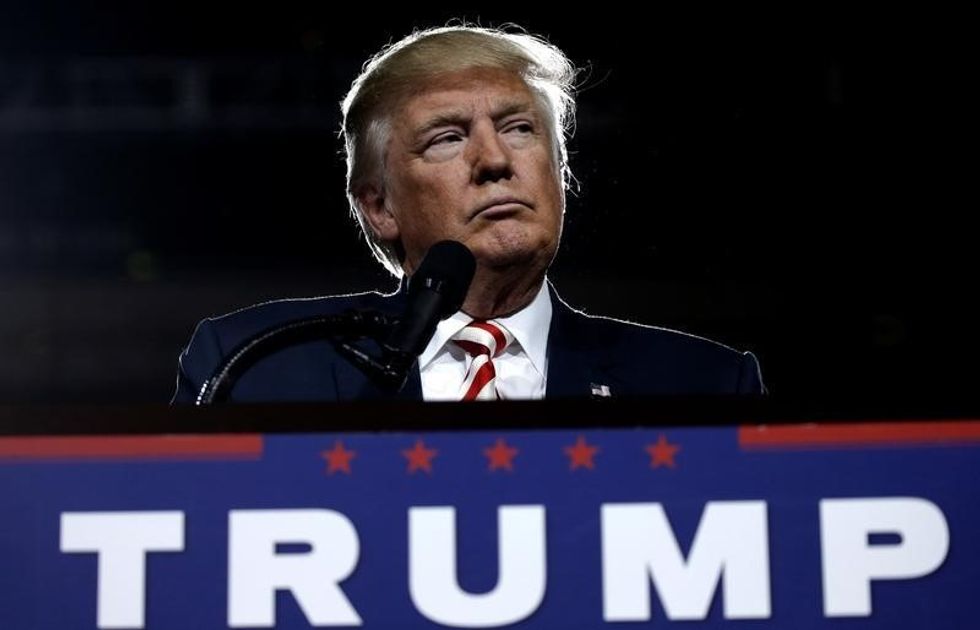 President-elect Donald Trump aims to open up federal lands to more energy development, tapping into a long-running and contentious debate over how best to manage America’s remaining wilderness.

The U.S. government holds title to about 500 million acres of land across the country, including national parks and forests, wildlife refuges and tribal territories stretching from the Arctic to the Gulf of Mexico. They overlay billions of barrels of oil and vast quantities of natural gas, coal, and uranium.

With Trump poised to take office on Jan. 20, energy companies and their lobbyists are eyeing a new gusher of federal drilling and mining leases after a period of stagnation under the administration of Barack Obama.

Oil output on federal land made up about a fifth of the national total in 2015 - down from more than a third in 2010 - while the number of onshore drilling leases fell about 15 percent, according to federal data.

"This opportunity is unique, maybe once in a lifetime," said Jack Gerard, president of the Washington D.C.-based American Petroleum Institute lobby group, referring to prospects for increased access to federal leases.

The hoped-for land run by energy companies, however, could get bogged down by lawsuits and lobbying from environmental groups and some local residents.

"It would only take one serious mistake - one well to go bad - for our town’s water supply to be damaged," said Josh Ewing, the leader of a southern Utah conservation group.

Energy firms have their allies in the rural areas, too, who would welcome an economic jolt.

"We can’t maintain our families here because there are no jobs," said Bob Turri, a former officer with the U.S. Bureau of Land Management in southern Utah, surrounded by millions of acres of pristine federally managed forest. "That’s the only hope we have left, is what Trump may be able to do for us."

Trump had campaigned on a promise to open up federal lands to increased development. He accused Obama of "denying millions of Americans access to the energy wealth sitting under our feet" by restricting leasing and banning new coal extraction.

In December, Trump nominated U.S. Representative Ryan Zinke of Montana, who backs coal mining on federal lands, to lead the Interior Department. Officials for Zinke and Trump declined to comment.

Trump has vowed to lift the coal moratorium – imposed in 2016 as part of Obama’s broader plan to combat climate change - within 100 days of taking office.

Separately, a coalition appointed by Trump's team to guide his Native American policy is researching proposals to ease energy development on tribal lands - including the controversial idea of transferring them to private ownership. [nL5N1DZ0OY]

While efforts to boost industry access to public lands would likely trigger lawsuits and protests, it could win broad support in a Congress now firmly in Republican control after November’s election.

Luke Popovich, a spokesman for the National Mining Association, said he expected some of Trump’s planned moves to be easy, including reversing Obama's coal ban.

"Happily, just as it was created with the stroke of a pen, it can be as easily rescinded," he said. "That is our hope and expectation."

Other efforts to undo Obama’s legacy could be harder.

In his final weeks in office, Obama designated about 1.6 million acres in Utah and Nevada as national monuments, using the 1906 Antiquities Act that lawyers say could be complicated to reverse. The move was a parting gift to Native American groups and conservationists.[nL1N1EN182]

Obama also banned new drilling in federal waters in parts of the Atlantic and Arctic Oceans using a 1950s-era law that environmental groups say would also require a drawn out court challenge to reverse.[nL1N1EF1K7]

Republican lawmakers have promised to fight the moves.

For some, the potential for expanded drilling signals economic revival. Others see more value in the land itself than the resources beneath it.

One of the areas that Obama granted monument status last month is Bears Ears, a pair of iconic flat-top hills soaring out of ponderosa pine forests in Utah.

Jonah Yellowman, a Navajo spiritual advisor for Utah Diné Bikéyah, a group representing five tribes, surveyed the landscape recently as he piloted his SUV down a dirt road.

"What would happen if we lose this?" he asked. "Where are we going to go?"

The area, he said, is central to the Navajo creation story and a symbol of his ancestors’ ability to listen to and heed spiritual guidance. It is also rich in minerals and petroleum, and Yellowman said tribes are bracing for Trump to try to reopen the land to development.

"If that happens, we’re here to stand against it," he said.

Native American protesters and their supporters recently won a major battle against encroaching energy interests in North Dakota, blocking a federal permit for a pipeline after months of protests. [nL1N1EA1WI] Other tribes, however, have pursued energy development as a critical source of income.

The 330,000-acre federal park is one of a handful that already allows drilling because it contains areas with privately owned mineral rights, or “split estates”. Many of the park’s visitors are unaware of the industry’s presence.

Gregory Violand, a 65-year-old actor who performs at a playhouse on park grounds – two miles from a gas well surrounded by chain-link fencing - said he supports drilling on federal lands, if done responsibly.

"The property owners are benefiting," he said.

Deb Yandala disagreed. As CEO of the CVNP Conservancy advocacy group, she said many people would oppose efforts to expand drilling and mining rights. “Water quality is a huge issue for Cuyahoga Valley,” she said.

Tim McCormack, a nearby resident, said the issue would be divisive. "There is going to be a profound debate," he said. "You cannot fool with the National Park system. You can at your peril."