Warren: No confirmation hearings for Trump appointees until they're vetted for conflicts of interest 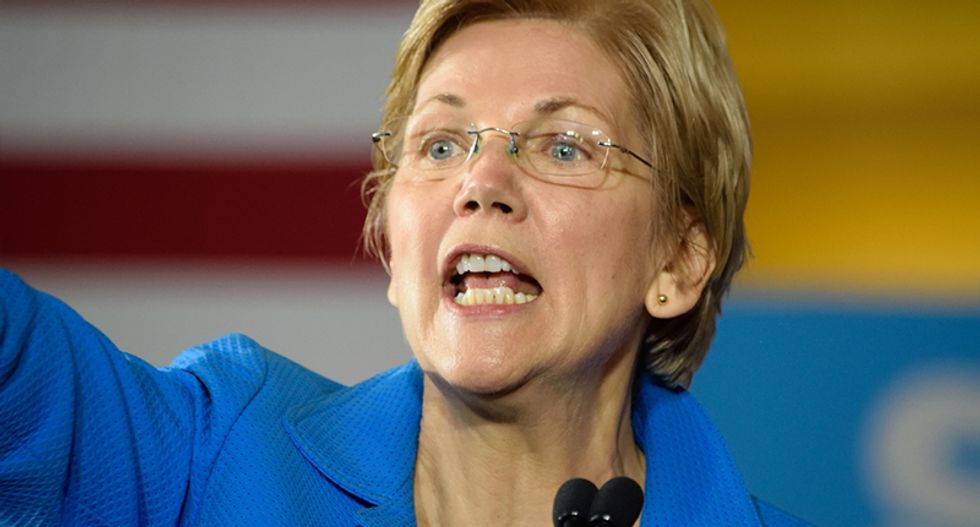 Sen. Elizabeth Warren threw down the gauntlet to the Trump transition team on Saturday when she called for a moratorium on confirmation hearings for his cabinet appointees until they can be thoroughly screened for conflicts of interest.

TheHill.com reported Saturday evening that Warren made the declaration on Twitter, writing, "Cabinet officials must put our country's interests before their own. No [confirmation] hearings should be held until we’re certain that’s the case."

Cabinet officials must put our country's interests before their own. No conf hearings should be held until we’re certain that’s the case.
— Elizabeth Warren (@Elizabeth Warren) 1483824552.0

She was responding to a letter from the Office of Government Ethics (OGE) expressing grave concern that confirmation hearings will take place before it has a chance to screen nominees for ethical conflicts.

"This is ridiculous," Warren wrote. "[Trump's nominees] can’t drag their feet on ethics paperwork while their Senate friends try to run out the clock."

This is ridiculous. @realDonaldTrump’s noms can’t drag their feet on ethics paperwork while their Senate friends try to run out the clock.
— Elizabeth Warren (@Elizabeth Warren) 1483824467.0

The OGE has apparently been struggling to get even minimal cooperation from the Trump transition team. Recently, OGE Director Walter Shaub wrote in an email, “We seem to have lost contact with the Trump-Pence transition since the election."

New York Sen. Chuck Schumer (D) issued a statement on Saturday condemning the breakdown in communications between the OGE and the Trump team.

“The Office of Government Ethics letter makes crystal-clear that the transition team’s collusion with Senate Republicans to jam through these Cabinet nominees before they’ve been thoroughly vetted is unprecedented,” Schumer said.

The Republicans plan to begin hearings as early as Tuesday or Wednesday, indicating that a showdown may be on the horizon.