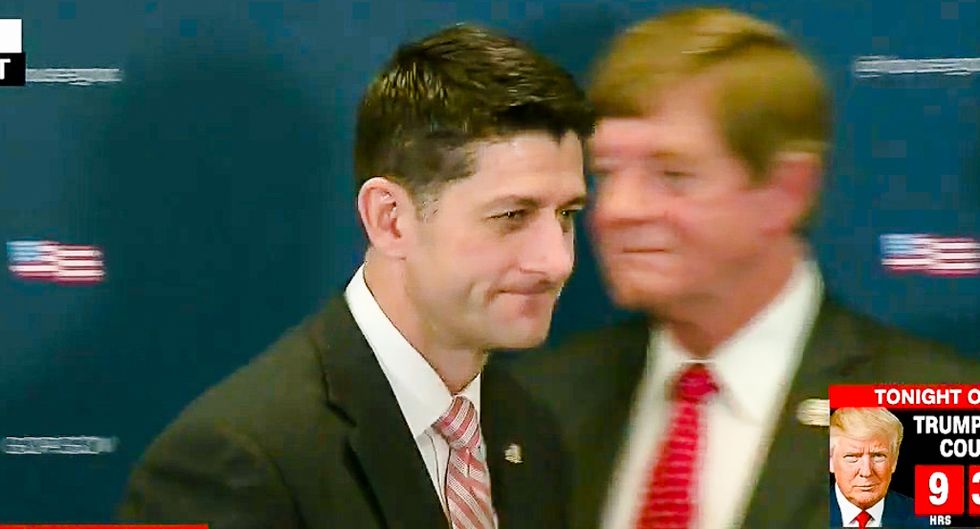 A hot microphone caught someone at the House Republican press conference on Tuesday complaining that the event was a "waste of my f*cking time."

"We were briefed on the contents of it as it was being rolled out," Ryan admitted. "Clearly, none of us want to see people with green cards get implicated in this. And that's not the goal here."

"What the president has asked us to focus on, something that we've ran on, is we've got to secure our border," the Speaker added. "We have a border security problem, that's what the physical barrier on the border is all about and we have security concerns given this age of terrorism, given the fact that we have drugs coming across our border, we have an opioid problem."

"There are lots of reasons why our focus is first and foremost is on border security."

As Ryan, House Majority Whip Steve Scalise (R-LA) and other GOP leaders walked past the podium to exit the briefing room, someone could be heard griping about the press conference.

"Waste of my fucking time," the person uttered under his breath.