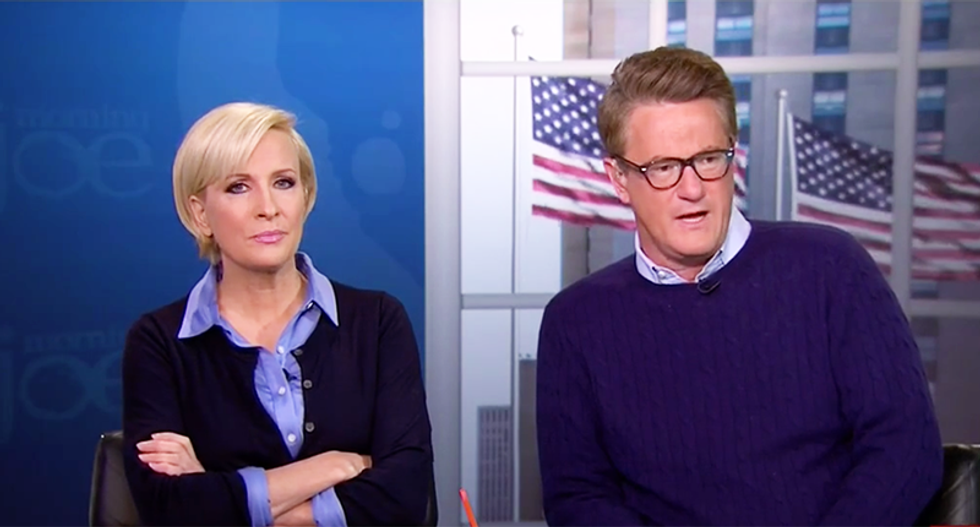 Tuesday's Morning Joe panel once again bashed President Trump for both blatantly lying to the press, and then getting upset when the press calls him out for falsehoods.

Remarking on the fact that President Barack Obama was a fairly honest person compared to other presidents in recent history, the crew at Morning Joe said that Trump's decision to continue lying about "voter fraud" being responsible for his loss of the popular vote was absolutely baffling.

"This president continues, as he did yesterday on the question of the... popular vote, he continues to tell lies that bring him no benefit," said panelist Mark Halperin.

Willie Geist then jumped in and talked about how sensitive Trump is to negative reporting, while noting that it isn't the media's job to make the president feel good about himself.

"If you listened to Sean Spicer yesterday, he talked about the coverage of the early Trump administration as being demoralizing," he said. "Reflecting that this was about Donald Trump's feelings, and that he doesn't feel good, and that he's mad, and that's why he's saying the things he's saying. We can't worry about your feelings, you're president of the United States."