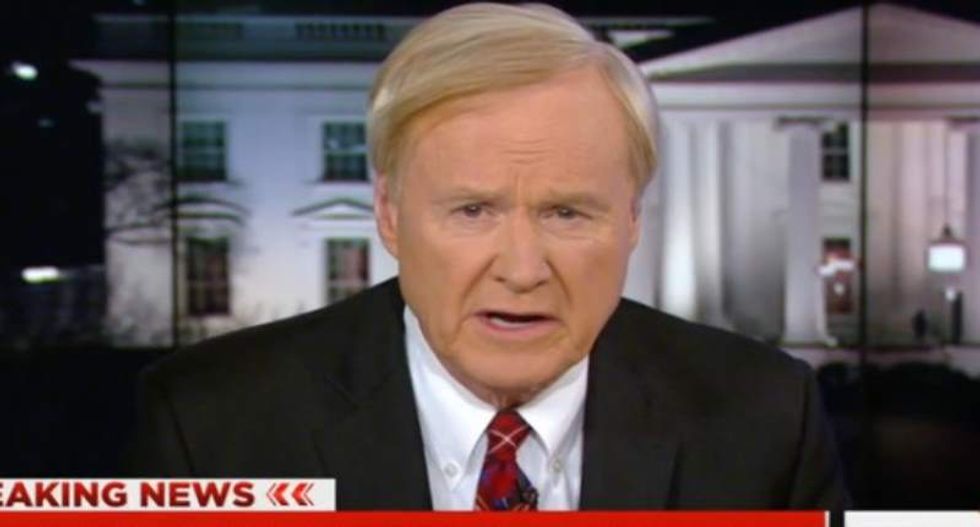 “Consider the casualties of this travel ban,” Matthews began on Monday’s episode of Hardball. “Everyone in the world knows it’s directed at people of one religion. Our friends know and are hurt by it in so many ways. Our enemies know and are excited by it knowing it will humiliate our friends, will stir terrorist recruitment around the world and trigger others to radicalize.”

As for the enemies of the United States, Matthews wondered if they feel emboldened after learning that their “number one enemy in the world” has just “done you the favor of declaring this a war between east and west.”

“Isn’t this what you dream of?” Matthews asked.

Later during the panel, Huffington Post global editorial director Howard Fineman told Matthews that the executive order “means that Osama Bin Laden’s whole theory of a war of the west on Islam now gains great credence thanks to what Donald Trump just did.”

“We are the crusaders officially, in the eyes of Islam,” Fineman concurred. “At least that’s what Osama said, that’s what Donald Trump has done. This is the reaction that Osama bin Laden himself would have prayed for.”