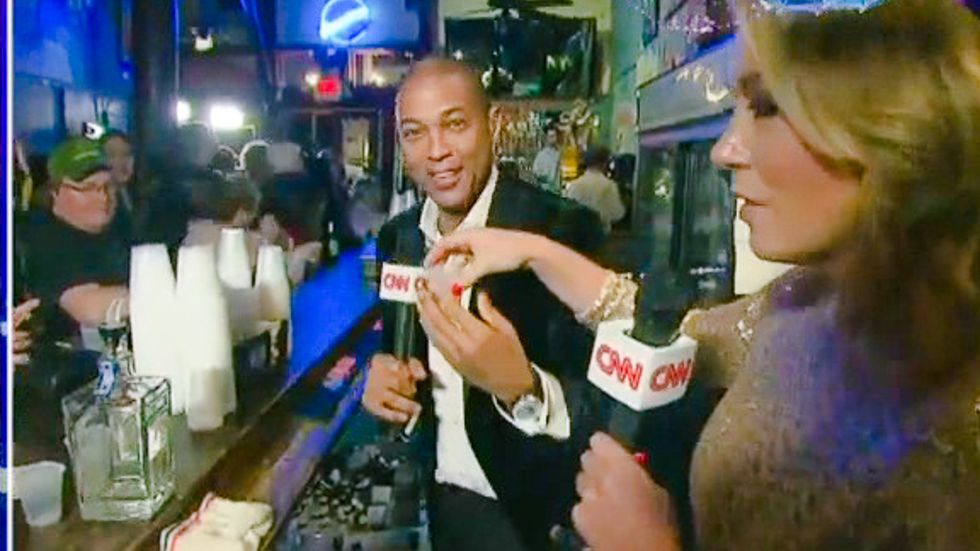 CNN host Don Lemon spent his New Year's Eve doing tequila shots and getting a piercing on live television. And eventually, his network decided to pull the plug.

More than three hours before midnight, Lemon began drinking on the air at a nightclub in New Orleans.

"This is way too early to start this," co-host Brooke Baldwin warned.

As the night wore on, Kathy Griffin, co-host of CNN's New York broadcast, pushed Lemon to get a nipple tattoo. But Baldwin cautioned the anchor not to take off his shirt on live television. Lemon opted for an ear piercing instead.

As the countdown hit midnight, Lemon could be heard telling Baldwin that 2016 was "awful" before CNN quickly cut the audio feed.

About 20 minutes later, Lemon was back on the air, promising that he would not be “as self-centered” in 2017.

“Are we going there, right now?” Baldwin gasped.