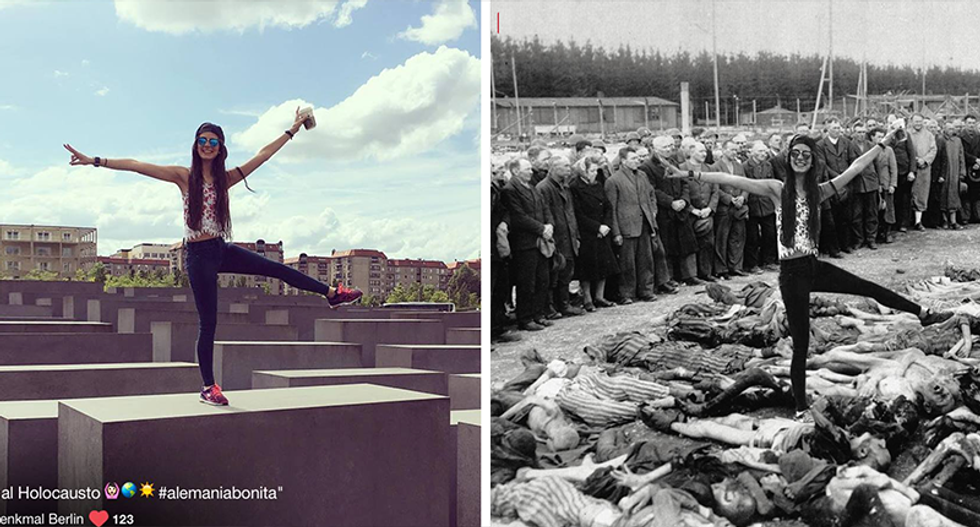 Amid the 2,711 solemn stone slabs that symbolize the gravestones of 6 million Jews murdered and buried in mass graves, visitors take selfies. Whether juggling, dancing, laughing, smiling or jumping from stone to stone, the selfies have ignited a debate on what is appropriate at a memorial site.

The new website YOLOcaust was started by satirist and author Shahak Shapira who found the selfies posted on Facebook, Instagram, Tinder and Grindr. He also included the captions. On the website, however, when one hovers over the photos, they turn into old black and white photos of the piled corpses in concentration camps. The YOLO photos are then superimposed on top of those bodies. 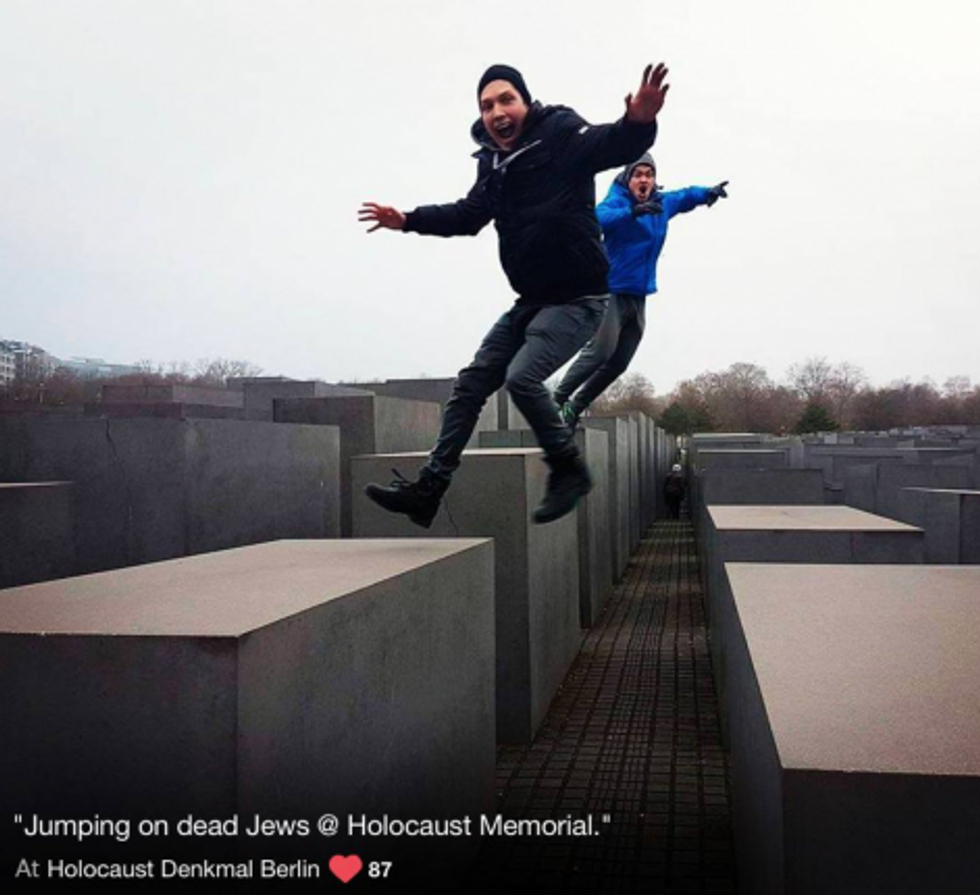 Hovering over the image changes the photo to this: 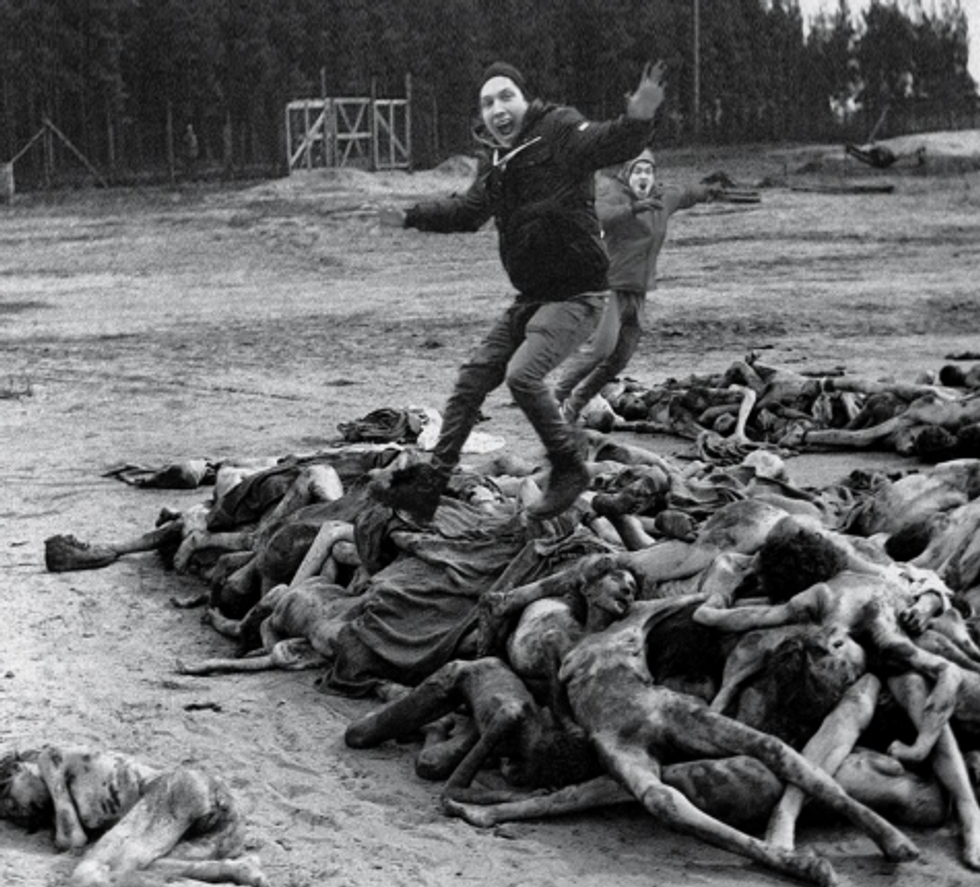 Another image shows a woman standing on the stones with her leg stretched out, flashing a peace sign, while holding her coffee cup. 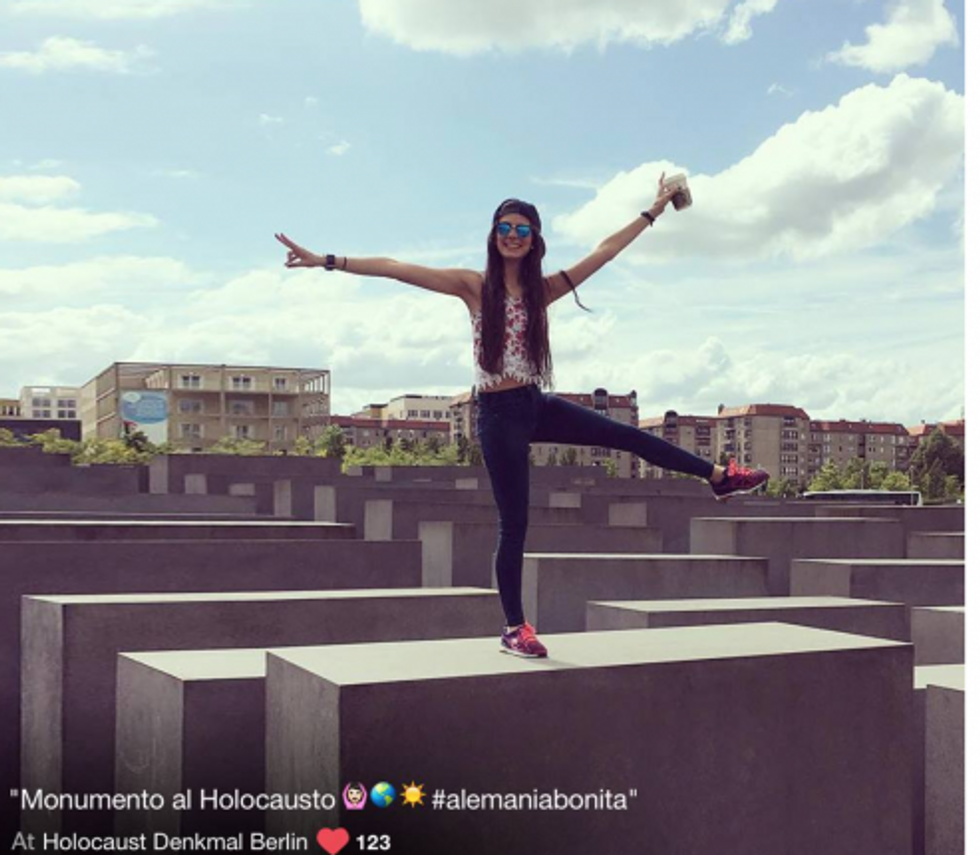 The image then changes to the same woman standing on top of a pile of murdered Jews. 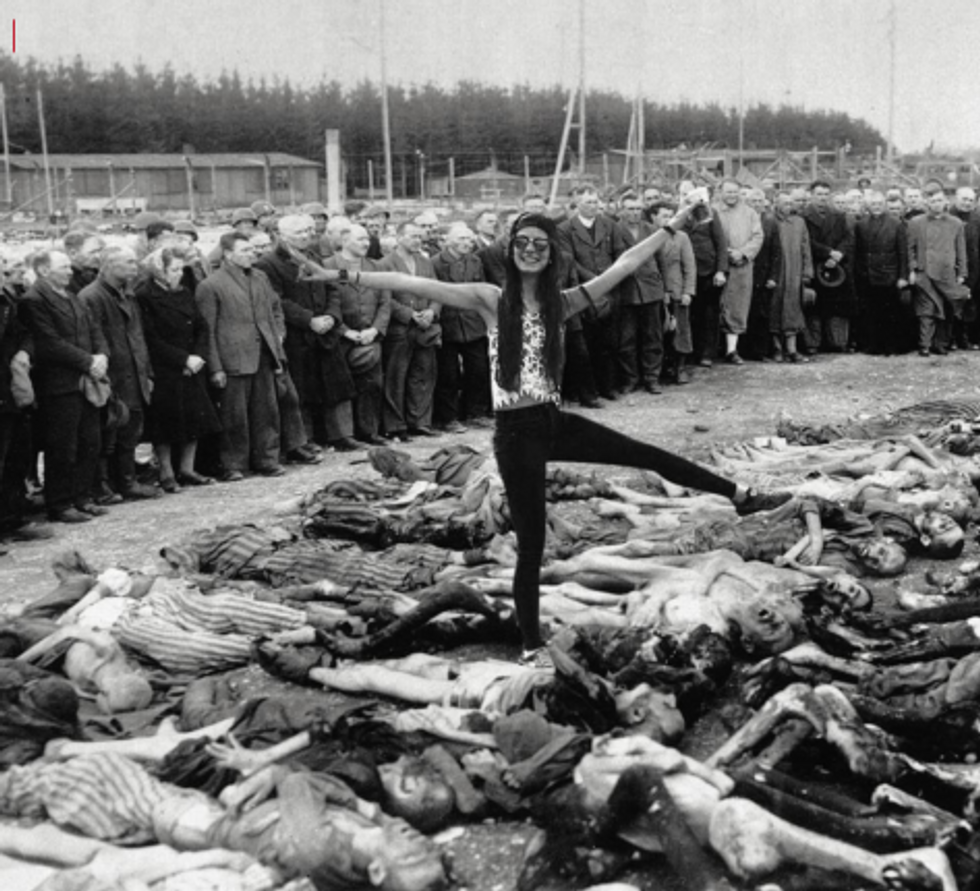 "About 10,000 people visit the Memorial to the Murdered Jews of Europe every day. Many of them take goofy pictures, jump, skate or bike on the...concrete slabs," the website explains.

In an interview with The Guardian, Shapira admitted that at least one person asked that the photo be taken down.

“But he wasn’t angry, he understood what I had wanted to do with the project," Shapira said.

He hoped to reignite the conversation about the Holocaust.

“Berlin’s Holocaust memorial isn’t there for the Jews, or even the victims – it’s a moral compass for future generations, to warn them precisely about people such as Björn Höcke,” he said.

"Is this not disrespectful to the victims of the Holocaust?" one person asked on the website.

"Yes, some people's behavior at the memorial site is indeed disrespectful," the website explained. "But the victims are dead, so they're probably busy doing dead people's stuff rather than caring about that."