Adam Schiff drops bombshell: Michael Flynn may have used encryption to hide Russia talks from US 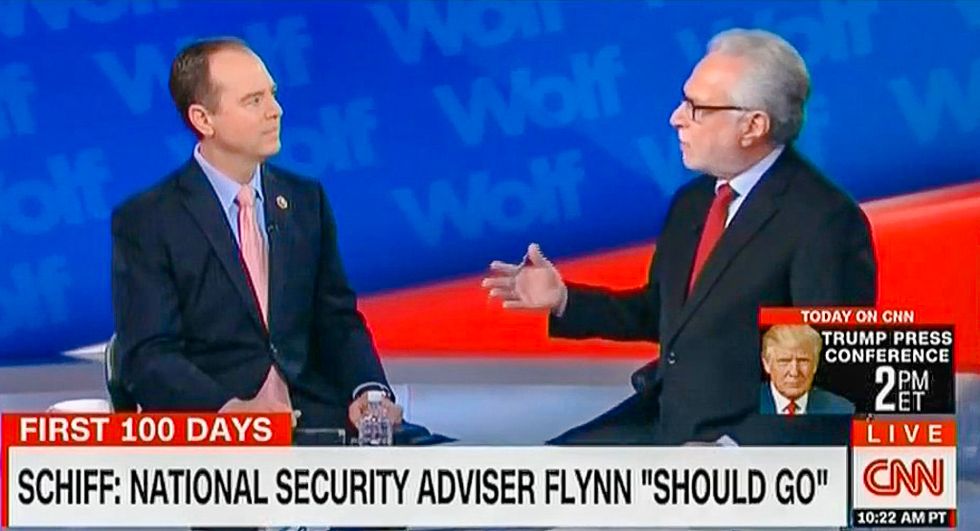 Speaking to CNN's Wolf Blitzer, Schiff explained that the Trump administration was not labeling allegations against Flynn as "fake news" because U.S. intelligence agencies may have audio recordings of him speaking to Russian officials while President Barack Obama was still in office.

"They know that if there is a transcript, if there are recordings, that can't be dismissed," Schiff said. "The fact that they would mislead the country about this is inexplicable."

According to Schiff, the allegations suggest that Flynn engaged in encrypted communications in addition to the un-encrypted discussions that were reportedly recorded by U.S. intelligence agencies.

"This is something that I think we need to determine as part of an investigation," he said. "But if there were then the question is, why were those being used? Who were those conversations to be concealed from, why was it necessary to go to that if you were simply talking about Christmas greetings as Sean Spicer apparently misrepresented to the country?"