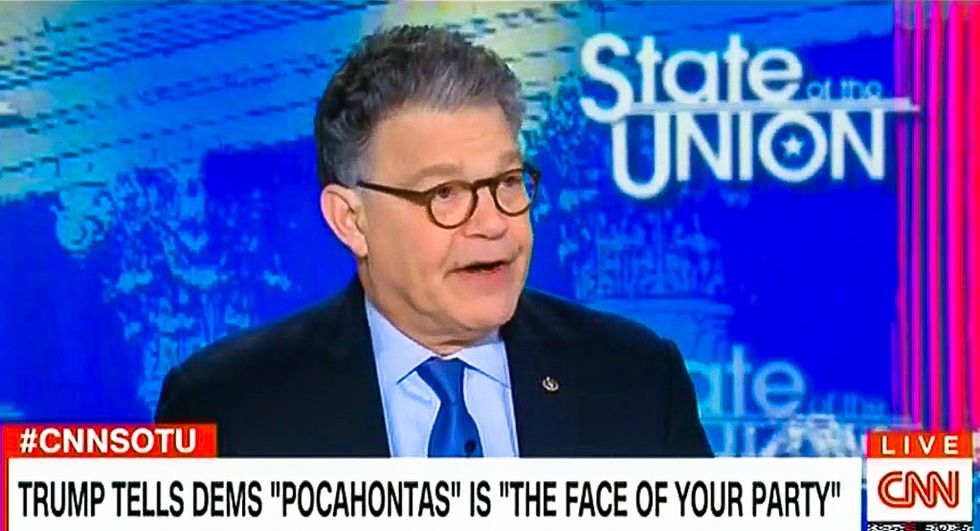 Sen. Al Franken (D-MN) suggested on Sunday that Democratic senators should have stood up to President Donald Trump and accused him of racism when he recently used the racial slur "Pocahontas" to refer to Sen. Elizabeth Warren (D-MA).

In a so-called "listening session" with 6 Democratic senators and four Republicans* last week, Trump reportedly got no pushback when he repeatedly called Warren "Pocahontas" while making the point that she had become the face of "your party."

"I heard this from a couple of my colleagues who were there," Franken told CNN's Jake Tapper on Sunday. "And I -- I would have said something."

"I would have said, 'Mr. President, with due respect, that's racist. Please stop doing that. I'm on Indian Affairs [subcommittee]. This is completely unacceptable. You really should stop doing this. It doesn't serve anybody.'"

*A previous draft of this article described the group as 10 Democratic senators. Raw Story regrets the error.