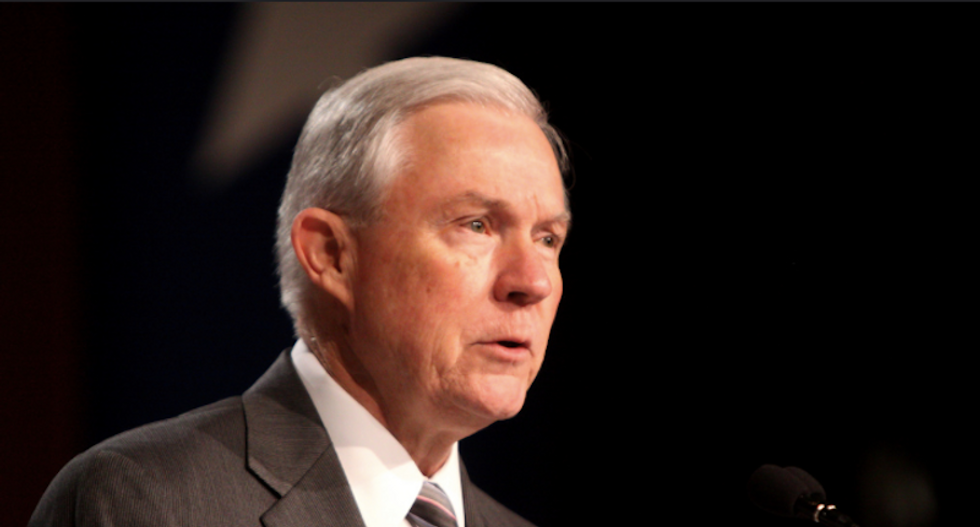 United States Attorney General Jeff Sessions on Tuesday told reporters that one reason he wants to crack down on marijuana is that there's "a lot of violence" that has come from legalizing the drug for recreational use in states such as Colorado.

Per the Huffington Post, Sessions met with Nebraska Attorney General Doug Peterson on Monday to discuss his concerns about marijuana flooding into his state from neighboring Colorado, which voted to allow recreational use back in 2012.

After the meeting, Sessions spoke with reporters at the DOJ and explained his own fears about Americans being allowed to legally smoke pot.

"I don’t think America is going to be a better place when people of all ages, and particularly young people, are smoking pot," said the attorney general. "I believe it’s an unhealthy practice, and current levels of THC in marijuana are very high compared to what they were a few years ago, and we’re seeing real violence around that... Experts are telling me there’s more violence around marijuana than one would think and there’s big money involved."

The Trump administration has hinted that it will crack down on recreational marijuana use, and the Reno Gazette-Journal reported this week that the federal government has already made moves to shut down the annual Cannabis Cup that's held on tribal lands outside of Las Vegas, Nev.

Sessions also criticized marijuana legalization during his speech Tuesday at the National Association of Attorneys General.