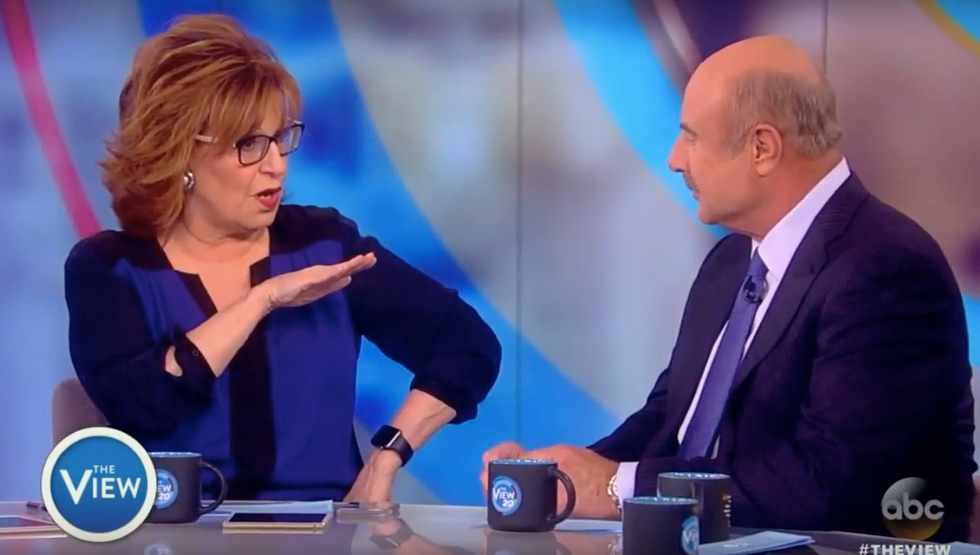 On Thursday, the talk show host Dr. Phil McGraw joined the panelists of The View for a discussion of Narcissistic Personality Disorder (NPD).

After a discussion of parents and sex ed for kids, the discussion turned to the White House and the possibility that Pres. Donald Trump might be mentally ill.

Joy Behar noted that -- and as FiveThirtyEight.com pointed out before the election -- psychiatrists and psychologists operate under ethical guidelines that prevent them from diagnosing patients who they have not personally examined.

However, she said, certain professionals are speaking out and saying that Trump "shows signs of narcissism," a trait of which, she said is to be "preoccupied with fantasies of unlimited power and excessive brilliance. And they question whether he has narcissistic personality disorder."

She asked McGraw whether he believes that NPD is a real mental illness and whether Trump is showing signs of it.

"Counselor, that's a compound question and I object," McGraw joked before explaining that most people don't know what narcissism really is.

He then produced a list of traits from the DSM-V and asked audience members to decide for themselves.