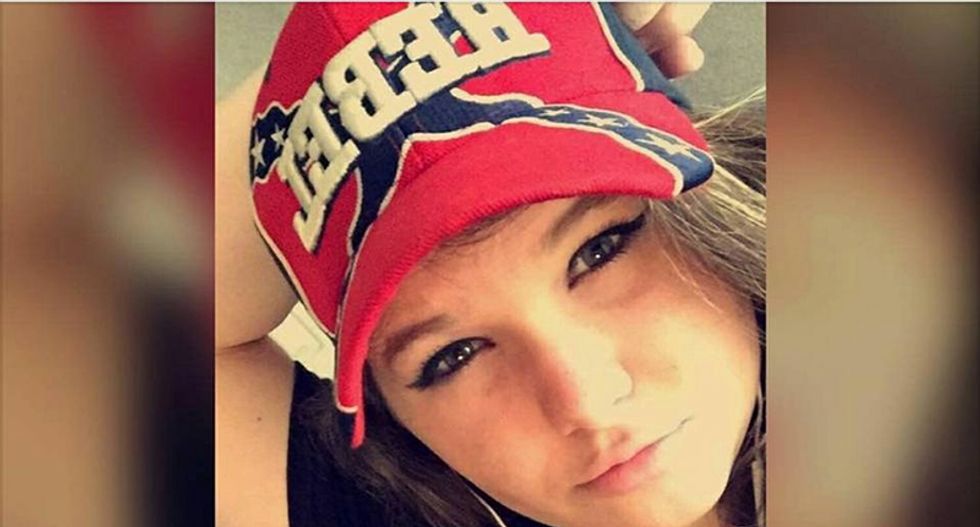 A young woman wearing a Confederate flag hat, similar to the one that resulted in a fight at an Oregon school (Confederate Flags HQ/Facebook)

A physical altercation between two girls in the North Bend, Oregon school district over a Confederate flag hat prompted administrators to ban any representation of the flag from the district.

According to OregonLive, District Superintendent Bill Yester said in a newsletter posted on their website that the fight resulted from "tensions over belief systems and race."

"As you know, these tensions have been on the rise for the last year or so nationwide, and while we in North Bend are not immune to them, neither are we going to tolerate a basic lack of respect for one another," Yester continued.

He went on to say that the school has acted to discipline both students involved and banned the flag. The ban, however, doesn't violate any freedom of expression because the school has an obligation and legal authority to "provide an environment free of harassment." According to the district's policy, no clothing should distract from the educational process.

The World newspaper reported that protesters appeared outside the high school Monday holding Confederate flags, a Gadsden flag and the American flag.