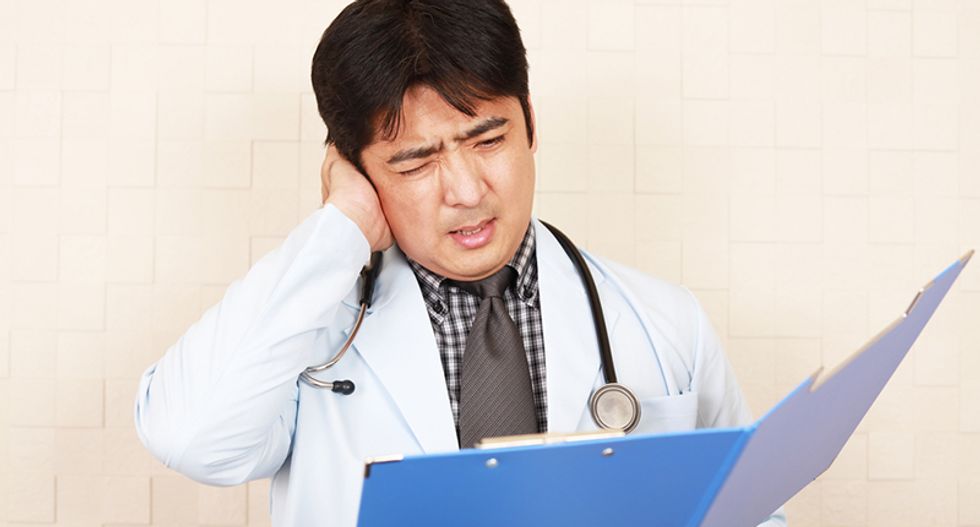 Utah passed a law last year that maintained fetuses feel pain. Thus, before an abortion, women are now required to have some form of "fetal anesthesia." The problem is that it's never been done before and doctors aren't sure how to anesthetize a fetus without giving women unnecessary painkillers.

There's no scientific evidence that a fetus can feel pain, but lawmakers in Utah have decided that it is true and they needed to take action. According to Jezebel, the law also requires that the procedure require an anesthesiologist to put the fetus under.

Dr. Torres described it as being like experimenting on her patients.

“You’re asking me to invent a procedure that doesn’t have any research to back it up,” she told the New York Times last year while lawmakers were considering the bill. Torres currently serves as the physician serving Utah's two abortion clinics.

She along with six other doctors don't know how to implement the procedure the law mandates, so they simply haven't. They're not complying with the law out of spite, rather there is no direction in the law for how to do a procedure no one has ever heard of, the AP reported.

He referred them to the Utah Department of Public Health. The spokesman for their office said that they didn't have any guidance for doctors because the law "didn't task us with doing that."