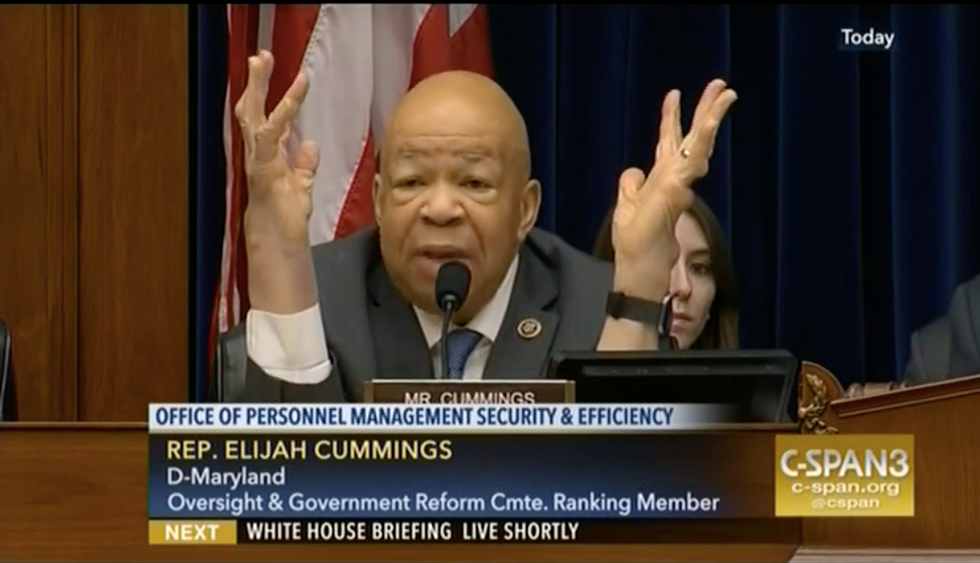 According to TheHill.com, the committee was debating whether they should pursue a public investigation into last year's cyber attacks on U.S. political organizations including the servers of the Democratic Congressional Campaign Committee (DCCC).

Thus far, investigation of the interference has been restricted to a single committee, the Intelligence Committee, which includes members of the House and Senate, but whose proceedings are confidential.

"It’s clear that politics have prevented this committee from being willing or able to do the necessary objective and nonpartisan oversight on the Russian attack,” said Rep. Robyn Kelly (D-IL).

Chaffetz argued that studying how the evidence was gathered in the investigation is the purview of the Intelligence Committee and that it would be "inappropriate" for the House Oversight Committee to “dive into the private systems of a political party.”

“That’s not anybody else’s work. That’s our work. There’s plenty of reports we can talk about -- and we ought to do it publicly -- about the damage done to the confidence in our electoral system. That’s what’s important here,” objected Lynch. "We had nine separate investigations into Hillary Clinton..."

He was interrupted when Chaffetz ruled him to be out of order.

Chaffetz demanded to know whether ranking Democrat Rep. Elijah Cummings (D-MD) supports an order for a probe into the hack of the DCCC server.

Cummings replied that this is not just about a single compromised server.

"This has been an attack on our democracy," he said. “I think the thing that I’m most concerned about is that we cannot just turn a blind eye when we have 17 intelligence agencies who unanimously agree."

The House investigation of Benghazi cost taxpayers $20 million and found no evidence of wrongdoing by then-Secretary of State Hillary Clinton or the Obama administration.

Cummings said that while he does not dispute the results of the election, "The idea that Russia could come in and interfere with our elections, all of us should be going berserk."

To Chaffetz, he said, "You and I know what happened with the Benghazi Committee -- it became a partisan fight.”

Republican members of the committee used their time on the Hill designing themselves custom-made luxury firearms and drinking wine from crystal goblets emblazoned with the phrase "glacial pace" -- a dig at Cummings and his complaint that the committee was moving too slowly and finding nothing of import.

On Thursday, Chaffetz talked over Cummings, saying, "The gentleman’s time is expired here. You’re going well outside the scope of this discussion."

“I just want an answer to a simple question,” said Chaffetz.