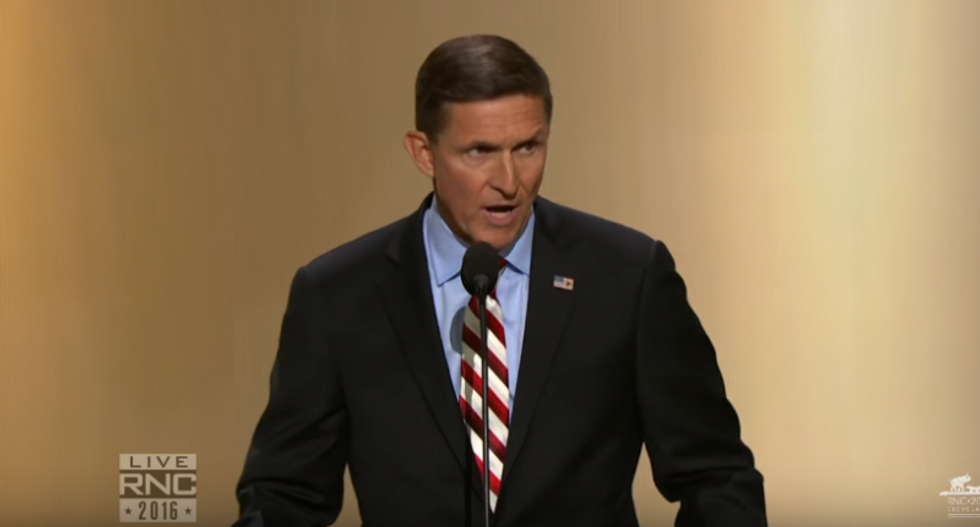 National Security Advisor Mike Flynn resigned on Monday after it was revealed he lied about discussing impending sanctions against the Russian government, CNN reports.

On Dec. 29, 2016—the same day then-president Barack Obama announced sanctions against Russia for its interference the 2016 U.S. presidential elections—Flynn spoke with Russian ambassador Sergey Kislyak. Despite denying that any conversation regarding impending sanctions took place (a denial parroted by Vice President Mike Pence), subsequent reports indicate the National Security Advisor did indeed discuss them with the Russian official.

Conflicting reports emerged Monday as the White House tried to temper calls for an investigation into Flynn's actions. In an interview on MSNBC, counselor to the president Kellyanne Conway insisted the National Security Advisor enjoys “the full confidence” of Trump.

In his resignation letter, Flynn insisted he "inadvertently briefed the Vice President Elect and others with incomplete information" regarding his phone call with the Russian ambassador.

Read the whole resignation letter below, via Time's Zeke Milelr: