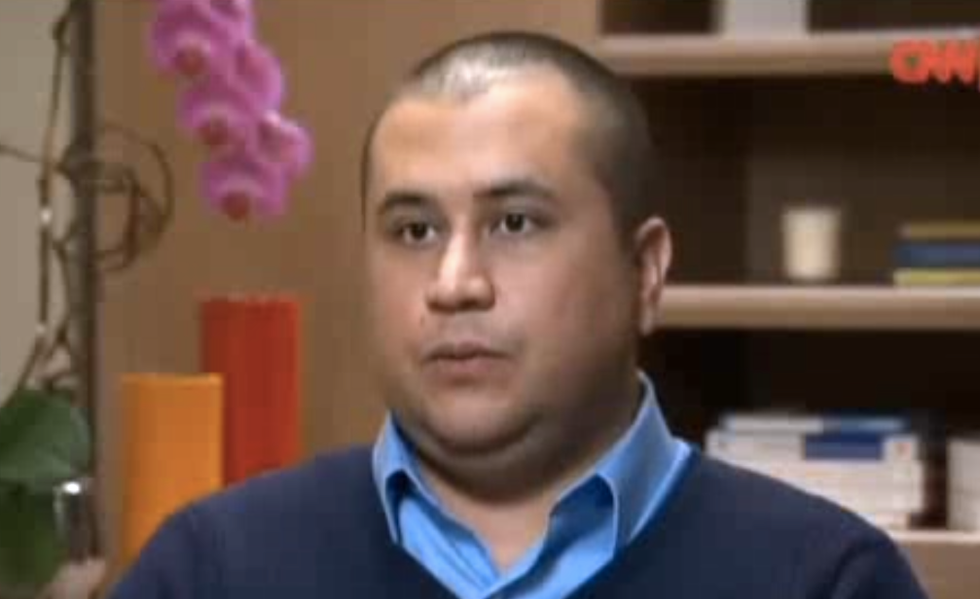 On the fifth anniversary of Trayvon Martin's death, the man who took his life joined WeSearchr for an interview in which he discussed which news organizations "truthfully" covered the shooting.

George Zimmerman, who killed 17-year-old Martin and was ultimately found not guilty on second-degree murder charges, told WeSearchr host Peter Duke, "Fox News was the only one that reported carefully." Zimmerman added, "I would say Sean Hannity himself was the only person that reported the truth at the time, which was that everyone knew nothing until the trial. And I thank him for that."

Duke later asked Zimmerman how his political outlook has changed in the last five years. "Well, I trust that Mr. Trump will do the right thing," he said, adding that his political convictions haven't changed over time and that Trump is "the right man for the job to make sure that America is great again."

Zimmerman was also asked how he would solve the so-called "black crime epidemic" if he were president.

You can watch the video of Zimmerman's remarks below.

This conversation took place on the fifth anniversary of Martin's shooting death, on Sunday, Feb. 26.

Many took time on Sunday to honor Trayvon Martin in continued calls for justice for black lives. Director Ava Duvernay tweeted a photo with a grey sweatshirt with "TRAYVON" written on it, with the caption, "Taking a moment to remember #TrayvonMartin. Our hoodies are still up and the movement is still strong."

On my way to #Oscars. Taking a moment to remember #TrayvonMartin. Our hoodies are still up and the movement is stil… https://t.co/iZ5nmWL8Id
— Ava DuVernay (@Ava DuVernay) 1488151231.0

Did some of our federal police conspire to overthrow the United States?

Thom Hartmann
Congressman Ron Paul’s former staffer, Elmer Stewart Rhodes, leader of the Oathkeepers, was just convicted of seditious conspiracy. But how did he and his merry band get close enough to Mike Pence and Nancy Pelosi to present the kind of deadly threat they tried to carry out?

“Is there any other point to which you would wish to draw my attention?” the Scotland Yard police inspector asked Sherlock Holmes in Arthur Conan Doyle’s short story The Adventure of Silver Blaze.
“To the curious incident of the dog in the night-time,” Holmes replied.
“The dog,” the inspector said, “did nothing in the night-time.”
“That,” replied Holmes, “was the curious incident.”

Why didn’t the “dogs” of our federal police, investigative, and military agencies “bark” when they knew full well in advance that an armed mob was coming to the Capitol to try to overthrow our government, and that many within the mob were armed and willing to kill (and did) to try to accomplish their goal?

Why, afterward, did the Secret Service and the Department of Defense wipe their phones so the data could never be retrieved? Why has there never been a public examination of most of this?