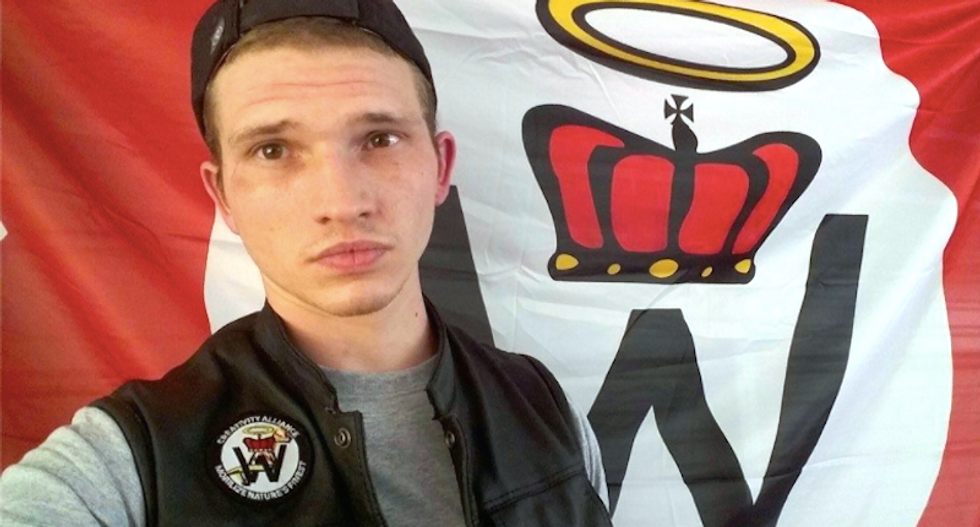 William Christopher Gibbs, a 27-year-old man from Fannin County, Georgia is under FBI investigation after driving himself to the hospital last week, claiming he came into contact with the deadly substance ricin.

Fannin County Sheriff Dane Kirby confirmed that Gibbs' car tested positive for ricin, a deadly poison that is found in castor beans. According to the Centers for Disease Control and Prevention, the substance can come in the form of a powder, a mist, a pellet, or can be dissolved in liquid and just a small amount of it can kill. The CDC notes, "It would take a deliberate act to make ricin and use it to poison people."

It is unclear how or for what reason Gibbs came into contact with the ricin. The FBI "identified no evidence that any poisonous or toxic substances have been dispersed or that the public is at risk," according to prosecutors who spoke with Fox News.

Gibbs' Facebook profile indicates the 27-year-old white man is a member of the Georgia Church Of Creativity C.A and is a self-identified "White Racial Loyalist." A profile photo on his account writes as the caption, "100 years from now when someone finds one of these trees thay [sic] will know that there was once a White Race."

Creativity is a white supremacist, white separatist movement, originally known as the Church of the Creator. According to the Southern Poverty Law Center (SPLC), the movement was founded in 1973 by Ben Klassen, a former one-time Florida state legislator, on the basis of promoting "what it sees as the inherent superiority and 'creativity' of the white race." The SPLC also categorized the Creativity Alliance as an active neo-Nazi group in Georgia.

White supremacist organizations and movements have been active in Georgia in the year since now-President Donald Trump first announced his candidacy. On Jan. 28, 2017 white nationalist groups held an alt-right and white nationalist forum at Stone Mountain, Georgia, which anti-fascist organizers in the state planned to counter-organize. The alt-right movement has been described "as a mix of racism, white nationalism and populism," according to the Associated Press.

According to local news reports, last Friday, residents of the Morganton neighborhood of Fannin County said nearly 100 officers in unmarked cars swarmed the area. Morganton Mayor Mike England told Fox 5 Atlanta, "All of the sudden a whole host of law enforcement vehicles showed up in our parking lot, somewhere between 30 to 40 vehicles. And around 100 law enforcement individuals."

Gibbs is being held at the Fannin County Jail and faces charges of reckless conduct and probation violation. The FBI has opened an investigation into the incident.