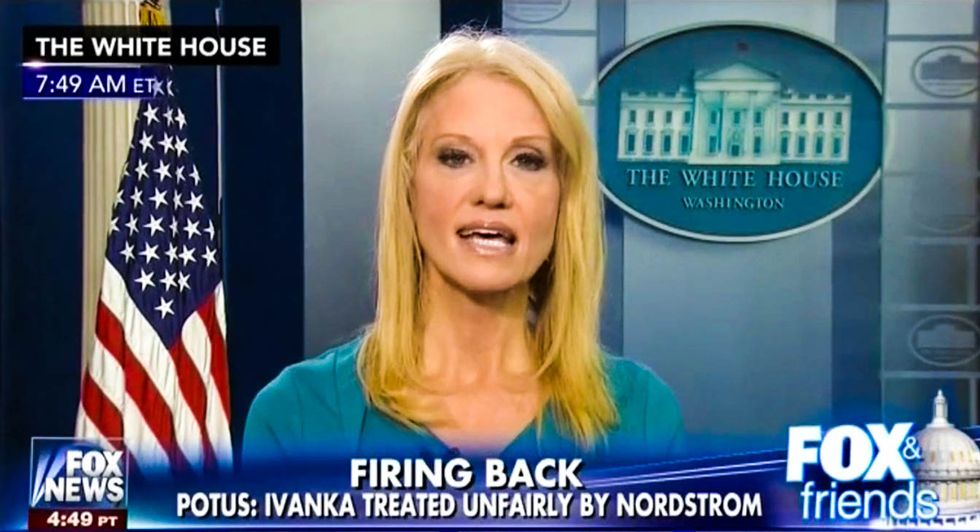 Trump adviser Kellyanne Conway used her platform on Thursday to encourage Fox News viewers to buy products from the clothing line run by the president's daughter.

Speaking from the White House briefing room during an appearance on Fox & Friends, Conway encouraged viewers to "go buy Ivanka's stuff" to show their support for the president.

Conway also accused retailer Nordstrom of trying to hurt President Donald Trump by stopping sales of Ivanka Trump's clothing line, despite the fact that the company has said it stopped selling Ivanka's clothes due to lagging sales.

"They are using the most prominent woman in Donald Trump’s [life]," Conway claimed. "Using her, who has been a champion for empowerment of women in the workplace, to get to him."

Conway then went on to say anyone who supports the president ought to buy his daughter's clothes.

"It's a wonderful line, I own some of it," she said. "I'm going to give it a free commercial here, go buy it today!"

Watch a clip of Conway's interview below.