‘Governing does not seem to interest him’: CNN panel goes off on Trump’s ‘campaign speech’ at CPAC 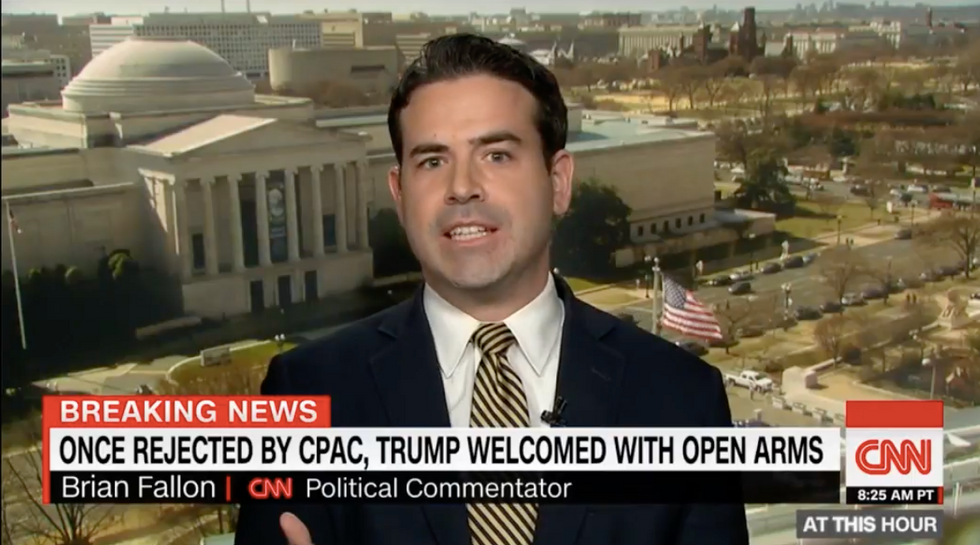 A CNN panel marveled over Pres. Donald Trump's speech on Friday to the Conservative Political Action Conference (CPAC), saying that the chief executive appears to be unable to stop re-litigating the 2016 race and seems to want to live in a state of continual campaigning.

"This was a campaign speech," said CNN political commentator Brian Fallon. "This is clearly someone who is more comfortable campaigning for president than being president. The task of governing does not seem to interest him."

"We're more than a month in and from a governing standpoint, you've seen all kinds of staff turmoil, you've seen the federal judiciary slap him down on his travel ban," Fallon said. "So, what's he doing? He's retreating to campaign-style events like the rally last week at Boeing and this appearance today."

The problem, Fallon said, is that if Trump only ever reaches out to his base, he will never break the 40 percent approval rating that appears to be his ceiling. Furthermore, no actual work is getting done. Republicans are seeing their moment slip by in bureaucratic wrangling and administration missteps.