'He doubles down when he’s wrong’: CNN’s Chris Cuomo blisters Trump for lying about Gorsuch reporting 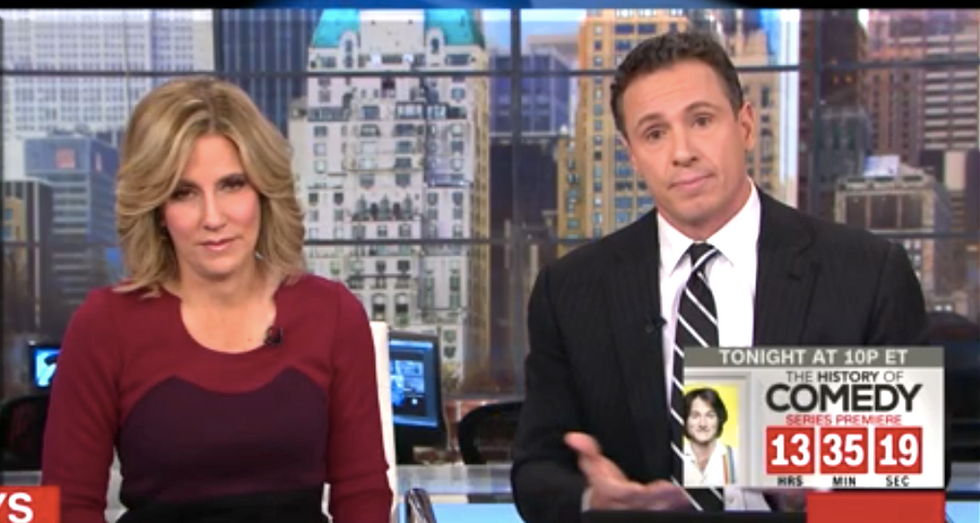 CNN anchor Chris Cuomo blasted Pres. Donald Trump for falsely maligning him on Twitter, saying the president is "off on the facts" and that once again, Trump is digging in and doubling down on a topic where he's just plain wrong.

The current kerfuffle revolves around remarks made by Trump's Supreme Court nominee Neil Gorsuch, who expressed misgivings about the new chief executive's attacks on federal judges who oppose him.

Trump responded by attacking Blumenthal and accusing him of lying. In a Twitter rampage on Thursday morning, Trump jabbed Blumenthal for lying about his service in Vietnam, a story that nearly sank Blumenthal's 2010 campaign for the U.S. Senate.

CNN's Cuomo spoke with Blumenthal, who stood by his assertions and has since been backed up by a spokesman for Gorsuch, who released a statement on Thursday confirming that he'd made the remarks.

Nonetheless, Trump attacked Cuomo on Twitter while the anchor was on the air, saying Cuomo never asked Blumenthal about his false claim of serving in Vietnam.

"Chris Cuomo, in his interview with Sen. Blumenthal, never asked him about his long-term lie about his brave 'service' in Vietnam. FAKE NEWS!" Trump wrote.

"Fake news," Cuomo said, "is the worst thing you can call a journalist. It's like an ethnic disparagement."

"The president of the United States said you are not to be believed because you misrepresented your military record in the past," he said in the clip.

"The president, with all due respect, is -- once again -- off on the facts," Cuomo said. "He just keeps doubling down when the facts don't favor his position."

"Once again," he said, "he doubles down when he's wrong."