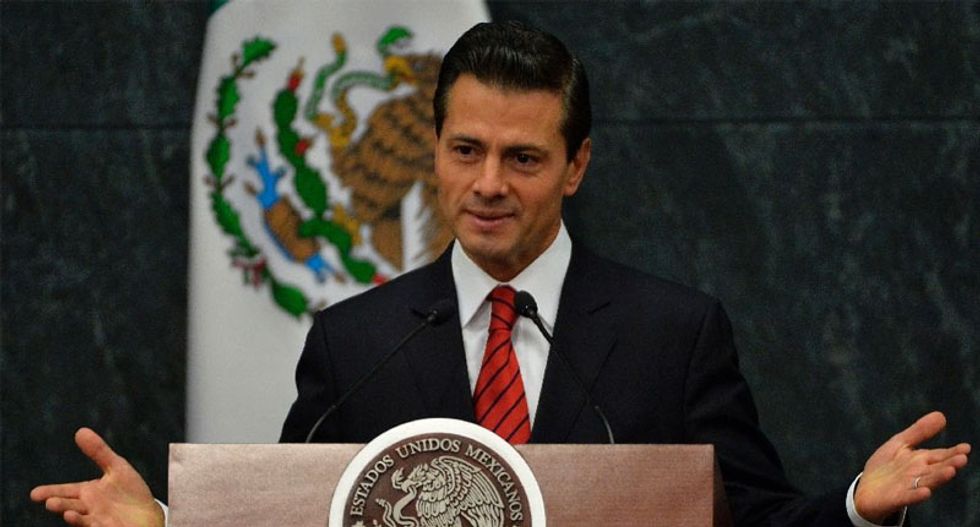 The Mexican government on Wednesday denied reports that Donald Trump threatened the Mexican president with U.S. troops during his phone call with the foreign leader.

In a radio interview Wednesday, Peña Nieto spokesman Eduardo Sanchez insisted he knows with absolute certainty there was no threat."

“The things that have been said are nonsense and a downright lie," Sanchez added.

Read the original report below.

Mexican President Enrique Peña Nieto cancelled a meeting with President Donald Trump last week after the U.S. president reopened the conversation about the U.S.-Mexico border wall and who would pay for it. However, the two spoke over the phone on Friday in what was described as a threatening call from President Trump.

The call came after White House press secretary Sean Spicer said during a presser that the Trump administration was considering a 20 percent border tax on Mexican imports to pay for the wall.

Journalist Dolia Estevez told the Mexican news outlet Aristegui Noticias that, based on sources close to both the Mexican president and the Trump administration, "It was a very offensive conversation where Trump humiliated Peña Nieto."

Trump reportedly told the Mexican president that he doesn't "need the Mexicans," adding, "I don't need Mexico. We are going to build the wall and you all are going to pay for it, like it or not."

Estevez added that Trump reportedly threatened to send troops into Mexico to "fight against narco trafficking." White House chief strategist Steve Bannon and Trump's son-in-law Jared Kushner were allegedly both on the call. Estevez said, "Before this unusual onslaught, Peña was not firm. He was stammering."

"It was a very offensive conversation," she said.