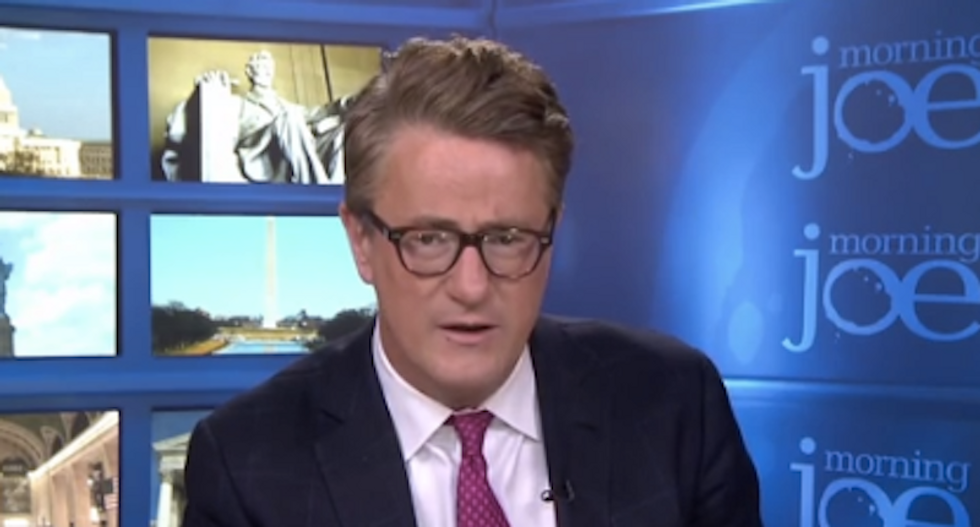 MSNBC host Joe Scarborough on Monday suggested that it may already be too late for Donald Trump to save his presidency due to the "insurmountable" Russian scandal.

"You actually look at Donald Trump saying, 'I have not had any ties with Russia, I've had no business dealings with Russia,'" the MSNBC host observed. "And he just says that point blank. I think, these stories that come out, I think the political problems that follow -- if there are all these front businesses -- are insurmountable."

According to Reuters, the FBI has opened at least three investigations related to Russia's meddling in the 2016 U.S. election. The Pittsburgh field office is looking into breaches of the Democratic National Committee's computer systems and the San Francisco office is probing emails that were stolen from Clinton campaign manager John Podesta.

Additionally, FBI agents in Washington are conducting a counterintelligence inquiry into "financial transactions by Russian individuals and companies who are believed to have links to Trump associates," Reuters reported.

"The transactions under scrutiny involve investments by Russians in overseas entities that appear to have been undertaken through middlemen and front companies, two people briefed on the probe said."