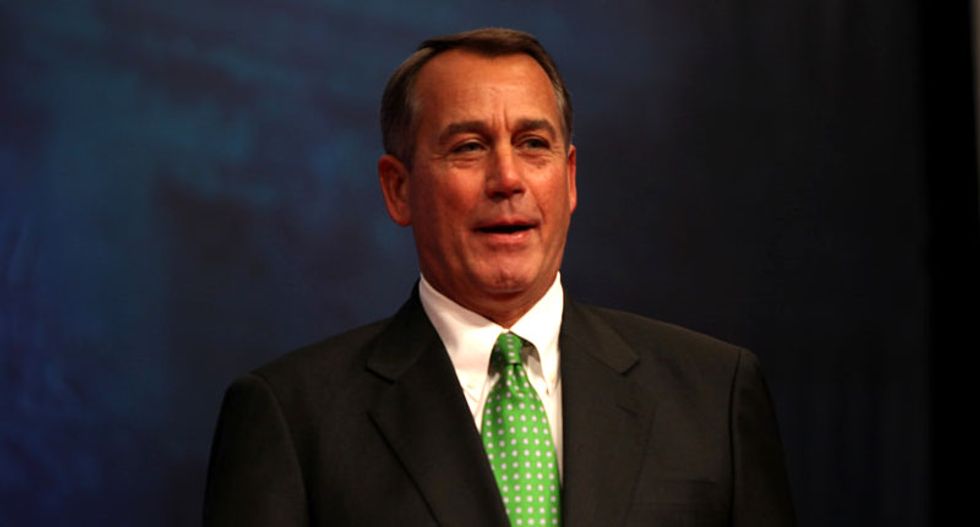 Speaker of the House John Boehner speaking at the 2012 CPAC in Washington, D.C. (Gage Skidmore/Flickr)

At a health care conference in Florida, Boehner dismissed the GOP's call to repeal Obamacare and come up with a new plan as mere “happy talk,” Politico reports.

“[Congressional Republicans are] going to fix Obamacare—I shouldn’t call it repeal-and-replace, because it’s not going to happen,” he said. In fact, Boehner "started laughing" in response to the idea that Republicans could swiftly steer a health plan through Congress. “Republicans never ever agree on health care,” he said, according to Politico.

The Republican leadership has made big promises about Obamacare's replacement, while staying light on the policy details—even as angry constituents demand to know what will happen to their health care in town halls across the country. According to a Morning Consult/POLITICO poll, there's been a large drop in support for getting rid of the ACA since the start of the year.

On Tuesday, Ryan made the philosophical case for Republicans' plan, tweeting, "Freedom is the ability to buy what you want to fit what you need. Obamacare is Washington telling you what to buy regardless of your needs." The strategy backfired, with critics pointing out that going broke over health care is not the most surefire way for Americans to achieve more freedom.